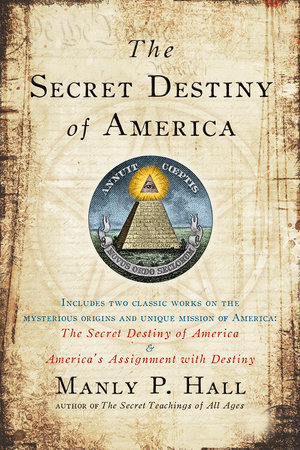 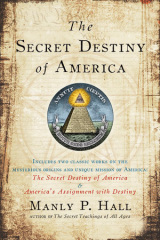 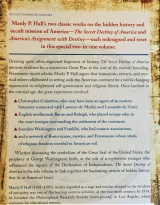 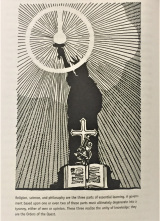 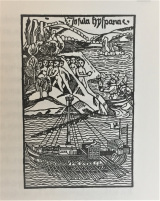 Manly Hall’s two classic works on the hidden history and occult mission of America are each reprinted in this special two-in-one volume. Drawing upon neglected fragments of history, The Secret Destiny of America presents evidence for the mysterious “Great Plan” at the core of the nation’s founding. The Secret Destiny of America links the fascinating strands of esoteric history that lie at America’s heart, the symbolism of the Great Seal, the prophecy of George Washington’s birth, and the role of a mysterious stranger who swayed the signers of the Declaration of Independence.

About The Secret Destiny of America: The fascinating story of how the American continent was colonized by Europe. Described by Francis Bacon as the “New Atlantis,” it was seemingly set apart for the great experiment of enlightened self-government long before the founding fathers envisioned the rise of the American Republic. Drawing upon often neglected fragments of history, Manly P. Hall presents evidence indicating that the seeds of democracy were planted one thousand years before the beginning of the Christian Era, suggesting that America is not merely a political and industrial entity, but an “assignment of destiny.”

About America’s Assignment with Destiny: The unfolding story of the esoteric traditions in the Western Hemisphere is revealed, beginning with the rites and mysteries of the Maya and Aztecs. Parallels are drawn between the miracles of the Native-American medicine priests and wonder-workers of India. Also included: an account of the Incas of Peru and their possible contact with Asia; the role of Francis Bacon in organizing the English settlements in America, and the contributions of German mystics through the Pietists, Mennonites, Dunkers, and Quakers. The American Revolutionary period and important personalities of the time are examined, as are the Latin American patriots Simon Bolivar, Miguel Hidalgo, and Benito Juarez.