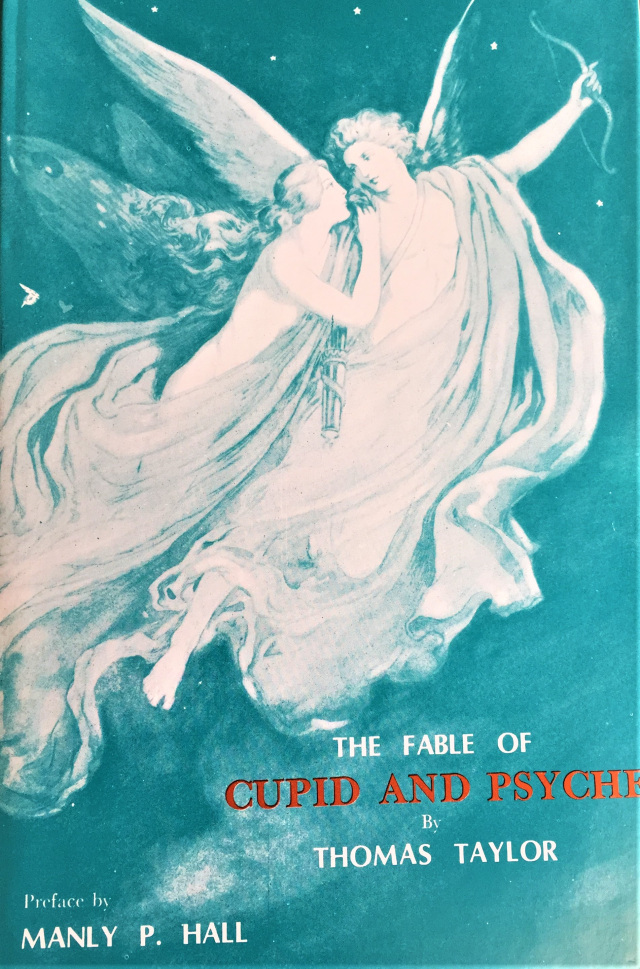 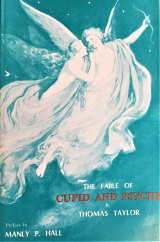 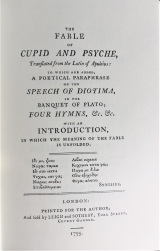 To the reader: this book's text is a photographic facsimile of the original 17th century typeface, with spelling indicative of the period.

Thomas Taylor published his translation from the Latin of The Metamorphosis by of Apuleius in 1822. The most important part of this was the fable of Cupid and Psyche, in which Apuleius gives an account of his being initiated in the mysteries of Isis and Osiris.

Translated from the Latin of Apuleius, Taylor's extensive introduction deals with the mystery of the human soul, divine love, and human regeneration.

As the plot of the story develops it is obvious that the supporting philosophical doctrines are derived from the secret teachings of the Mystery Schools. The truths involved were then perpetuated by later sects who sought to restore and preserve the older wisdom.

The human being must sometime face the challenge of his own spiritual needs; by purifying his own emotions he preserves not only himself but the mortal world in which he lives.

To the modern psychologist who has become aware of the alchemy of human emotions, the account given by Apuleius should be of extraordinary interest. The author points out that the sacred mystery of love has been generally profaned and associated with mortal passion and that the perversion of the greatest good is the greatest evil.

Thomas Taylor (1758-1835) was a scholar without honor in his own time. Most of his books have long been out of print, but in recent years there has been a strong revival of interest in his writings. In 1969 a definitive work, Thomas Taylor the Platonist, appeared as Vol. LXXXVIII of the Bollingen series (Princeton University Press). Admirers of Taylor have said that other scholars may had had more Greek but less understanding of those sublime doctrines which he both translated and interpreted.

*also available as a bundle with The Red Book of Appin