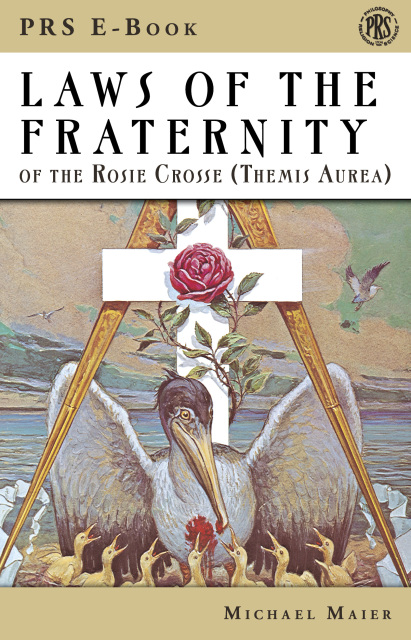 By Michal Maier. With an Introduction by Manly P. Hall

Referred to by A.E. Waite as ‘the greatest adept of his age,’ Michael Maier (1568 – 1622) has the reputation of being the most learned among the alchemists of his time.

Maier holds a prominent place among the apologists of the Rosicrucians and is believed to have been in England in contact with Dr. Robert Fludd, also in the forefront of the early circle of those deeply involved in Rosicrucian lore.

This volume is a photographic facsimile of the rare edition published in London in 1656 and may be the only work of Count Maier’s that exists in English. The rules of the Rosicrucian Fraternity in the Fama issued by the order in 1615 are amplified here and the deportment advocated by those unknown philosophers is set forth.

Special attention is given to the obligations of physicians and the higher ethics of medicine.This PRS Edition features an Introductory Preface by Manly P. Hall, and the text appears in the original 17th century typeface and spelling indicative of the period.