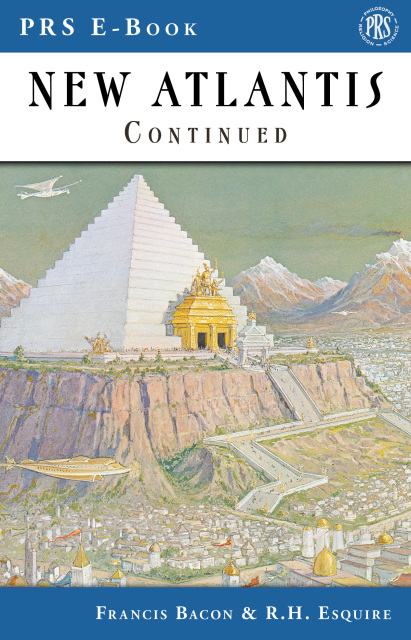 By Francis Bacon and R.H. Esquire.

Considered one of the most important of the Utopian writings because it envisions the advancement of all branches of learning in the Western hemisphere.

Originally published in Latin in 1624, Bacon portrayed a vision of the future of human discovery and knowledge, expressing his aspirations and ideals for humankind.

The creation of a Utopian land where “generosity and enlightenment, dignity and splendor, piety and public spirit” are the commonly held qualities of the inhabitants.

This and other works by Francis Bacon are thought to have been the inspiration for the formulation of Britain’s Royal Society.

New Atlantis was begun by Lord Verulam, Viscount of St. Alban’s, also known as Francis Bacon, and was summarized and continued in 1660 by a mysterious figure known only as R.H. Esquire.

Out-of-print for several years, this exclusively electronic e-book edition is fully bookmarked for easy navigation, with a hyper-linked table of contents.