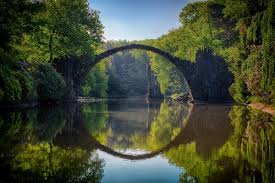 Published anonymously in 1836 in an edition of 500 copies, this little book became important to the small group around Boston that considered themselves Idealists, and Emerson would soon become the leading figure in the movement later known as Transcendentalism.

The book addresses Nature from the “ground up,” beginning with Commodity and ending with Spirit, with a coda entitled “Prospects.” Emerson begins where his readers find themselves: the here and now, and then progresses to what he called “higher nature.”

The approach has the effect of re-directing preconceived notions of what constitutes reality and faith and truth. Rather than directly confronting existing traditions, Emerson preferred to find new, refreshing language to describe a different path, which he called Idealism.

The Introduction to Nature establishes this approach when it asks: “Why should we not also enjoy an original relation to the universe? Why should we not have a poetry and philosophy of insight and not tradition, and a religion by revelation to us, and not the history of theirs?”