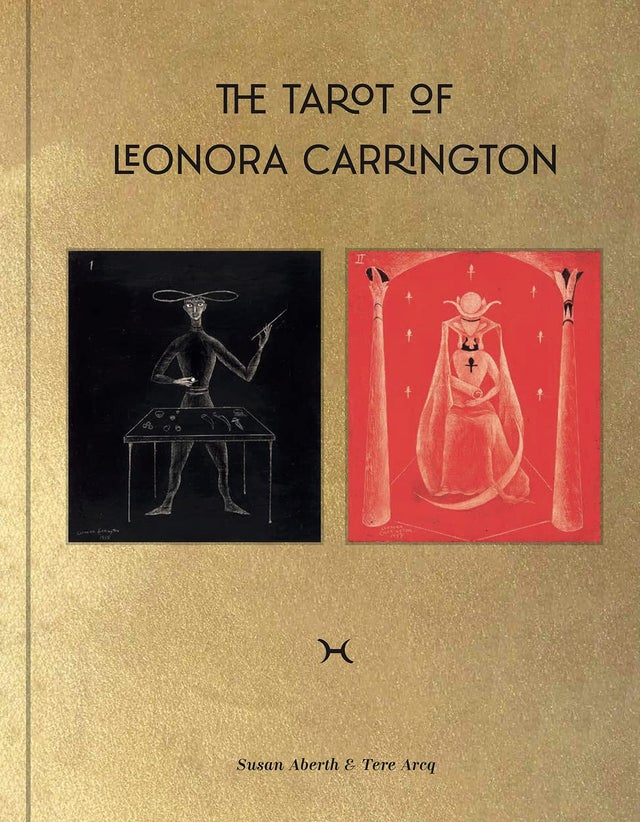 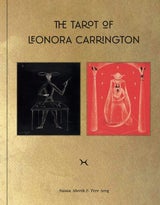 The Tarot of Leonora Carrington

The British-born Mexican surrealist Leonora Carrington (1917–2011) spent a lifetime exploring the esoteric traditions of diverse cultures, and incorporated their ideas and symbols into her artistic and literary oeuvre. Tibetan Buddhism, the Kabbalah, ancient Egyptian and Mesopotamian magic, Celtic mythology, witchcraft, astrology and the Tarot were filtered through her feminist lens to create a visionary, woman-centered worldview.

Carrington created a spectacular Major Arcana Tarot deck sometime during the 1950s, laying gold and silver leaf over brilliant color. Exhibited for the first time during her centennial exhibition Leonora Carrington: Magical Tales in 2018, this extraordinary work was a revelation for the public and inspired the publication of The Tarot of Leonora Carrington.

This second, considerably expanded edition―encouraged by the overwhelmingly positive reception of Fulgur’s publication in 2020―explores further the central position that the Tarot held in Carrington’s work. The volume includes an introductory text by her son Gabriel Weisz Carrington, who recalls his mother’s long involvement with the Tarot, followed by a revised and more extensive essay by scholar Susan Aberth and curator Tere Arcq, including detailed analysis of each card: their color symbolism, their relationship to other works and their iconographic origins in ancient esoteric beliefs, including the Mesoamerican influences of her adopted country.

This new edition also reproduces previously unpublished photographs and images, as well as exciting new research into Carrington's influences, emphasizing the authors' claim that her work on the Major Arcana represents an esoteric roadmap to Carrington's feminist vision and wish for a new global gender equality toward a better ecological future for our planet.