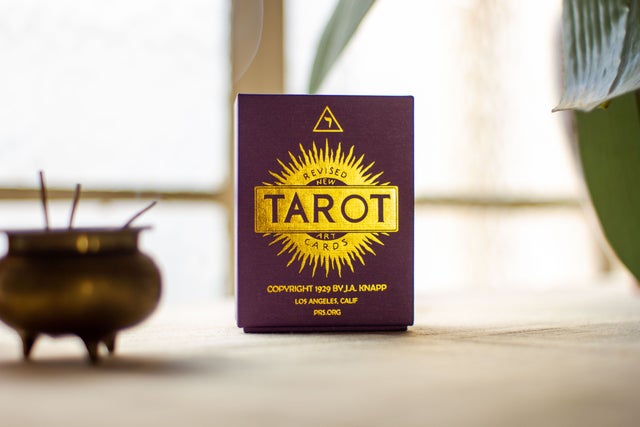 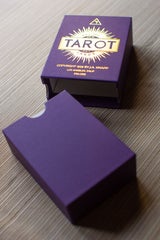 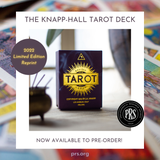 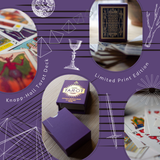 The Famed “Knapp-Hall Tarot Deck” from 1929, One of the Rarest and Most Influential Tarot Decks Ever Created.  Available for the First Time in its Original Form in Nearly 90 Years!!

Created by John Augustus Knapp and Manly P. Hall (The Secret Teachings of All Ages)

The Revised New Art Tarot aka the “Knapp-Hall Tarot” was originally published in 1929, a collaboration between illustrator & artist John Augustus Knapp (1853-1938) and writer, sage & teacher Manly P. Hall (1901-1990).  It was released the year after Hall’s monumental encyclopedia of esoteric traditions and symbols, The Secret Teachings of All Ages, illustrated by Knapp, and over the years this exceedingly rare and beautiful Tarot has come to be known as the Knapp-Hall deck – with original examples selling for several thousand dollars if they can be found.  It was initially issued with 78 cards, a two-piece, plum fabric-covered box, and a 48 pg. booklet containing “An Essay on the Book of Thoth” written by Hall.

The Knapp-Hall Tarot Deck has been re-printed several times over the years but always with different dimensions and new designs for the reverse of the cards.

For this Limited Edition of 1,500, we’ve replicated the graphics, texture, feel and dimensions of the original 1929 Revised New Art Tarot as closely as possible given modern printing methods.

Card images were taken from scans of an original 1929 deck with only minimal corrections for wear and tear.  The sepia tone of the card stock, due to aging, has been preserved to reflect what a 1929 deck would look like today.

Please note that this beautiful Tarot is smaller and more delicate than most modern decks, so treat it with care in handling.  Any imperfections in the cards (for example, the Knight/Warrior of Pentacles has a smaller border than the other cards) are present in the original 1929 deck scanned for this edition.

We hope lovers of Tarot appreciate and use this lovely and unique deck as much today as they did in 1929 when it was first issued!

The Knapp-Hall Tarot Decks are scheduled to ship to customers in mid-to-late January.

PRESALE ORDERS ARE SHIPPING OUT NOW! IF YOU HAVE A QUESTION ABOUT YOUR ORDER PLEASE EMAIL INFO@PRS.ORG OR PHONE 323-663-2167