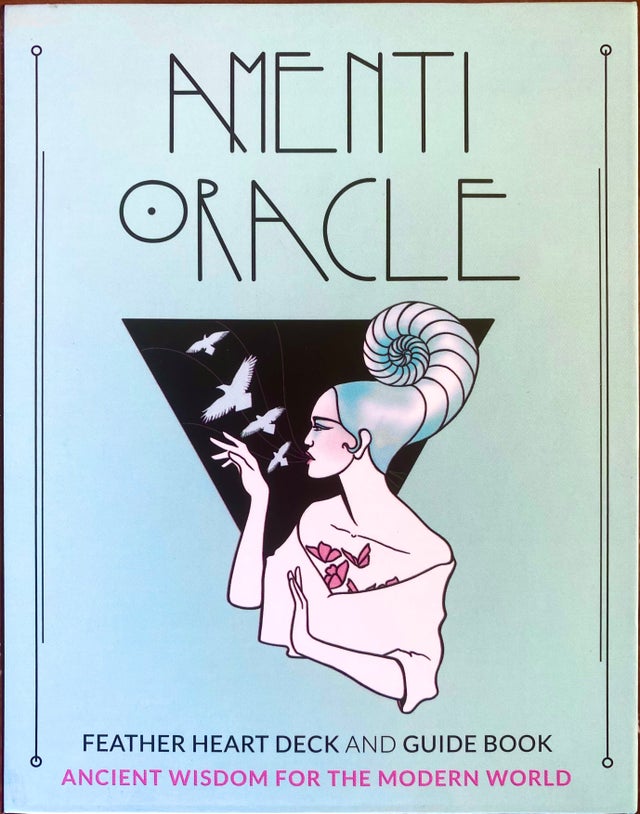 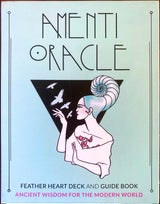 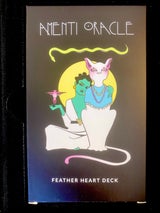 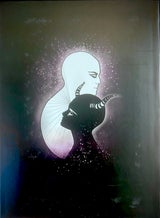 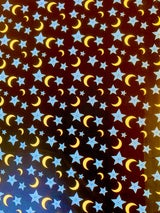 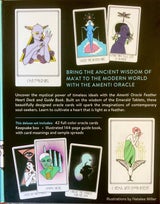 Ma'at was the Egyptian goddess of truth, justice, balance, and most importantly - order. In paintings, she was depicted as a woman who is either sitting or standing with an ostrich feather on her head and, in some cases, she was depicted with wings.

Hachette Book Group presents Jennifer Sodini and illustrator Natalee Miller's contribution to the modern world's need for ancient wisdom, the "Amenti Oracle Feather Heart Deck and Guide Book". This deck brings the wisdom of Ma’at — the ancient Egyptian concept of truth and balance — to the modern world. Uncover the mystical power of eternal ideals and learn to cultivate a heart as light as a feather.

Included within this set is an exquisite hardcover guide book titled "Living With a Feather Heart: The 42 Ideals of Ma'at in Daily Life". Inside is a foreword written by Cory Allen, host of the "Astral Hustle Podcast" and an introduction by the creator, Jennifer Sodini

Sodini is an author, public speaker has traveled to the world’s most sacred esoteric places, including Egypt, Nepal, Tibet, and Bhutan. A lifelong student of the occult, perennial philosophy, and "The Secret Teaching of All Ages", she now shares her knowledge through a wide variety of endeavors, including the conference series Well-Being in the Modern Age, in which she is a partner.