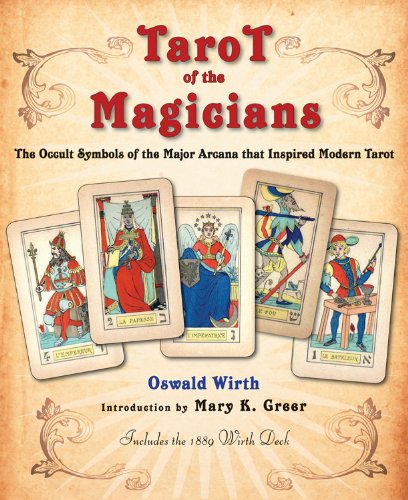 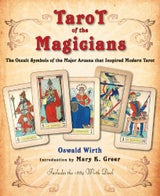 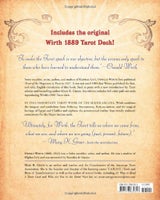 Tarot of the Magicians: The Occult Symbols of the Major Arcana that Inspired Modern Tarot

Tarot of the Magicians by Swiss occultist artist and author Oswald Wirth was first published in Paris in 1927, and a Weiser edition was later released in 1985.

Long unavailable, the book is back in print in a beautiful new package with fullcolor pullout cards reproducing Wirth's 1889 tarot deck. With a new introduction by bestselling tarot author Mary K. Greer, Tarot of the Magicians offers tarot enthusiasts and students of the occult an indepth and authoritative analysis of one of the most beautiful and evocative of all modern tarot decks.

In this important tarot work of the Major Arcana, Wirth combines the imagery and symbolism from Alchemy, Freemasonry, Rosicrucianism, and the magical heritage of Egypt and Chaldea, and explores the astronomical (rather than strictly zodiacal) associations for the Major Arcana cards.

Oswald Wirth (1860-1943) was a Swiss occultist, artist and author. He was a student of Elphaas Levi and was mentored by Stanislas de Guaita.

Mary K. Greer is a Grandmaster of the American Tarot Association and teaches workshops and classes on Tarot and astrology throughout the U.S. and abroad. She is the author of several books, including 21 Ways to Read a Tarot Card and Tarot for Your Self. This book is a revision of Mary Greer's Tarot Constellations.