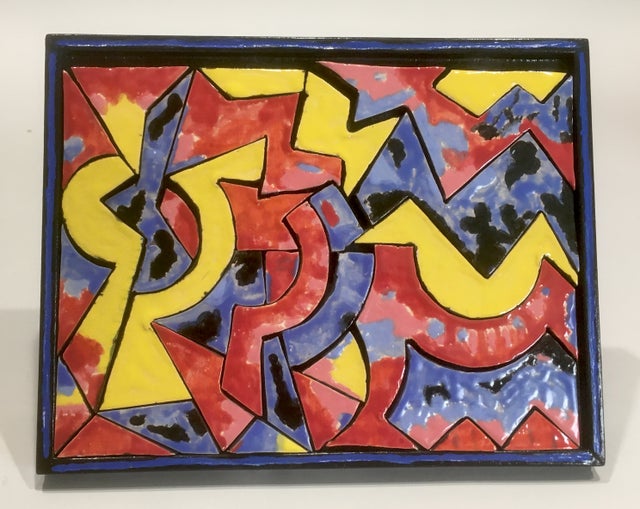 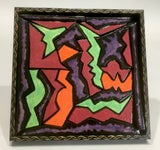 Burton Kopelow (1924-2015) was a Brooklyn-born, self-taught artist and early resident of the Downtown LA Loft scene in the 1980s. He discovered his artistic calling and dedication to color when, as a teen, a shade of ultramarine blue sang to him from a Titian painting while wandering New York’s Metropolitan Museum of Art. Kopelow received a Purple Heart after being wounded in World War II and thereafter studied literature and philosophy at NYU under the GI Bill. His interest in philosophy expanded upon moving to Los Angeles and frequenting institutions like the Philosophical Research Society, where he encountered metaphysics and Theosophy’s influence on early 20th century art.

Kopelow’s work, which numbers over 3,000 pieces, draws from multiple chapters of his colorful, bohemian life in the US and Mexico and tells the story of an artist who explored and invented radically different styles over his lifetime. His catalogue ranges from abstract, mystical mandalas reflecting his interest in Jung, alchemy, consciousness, and personal transformation, to figurative works with mythological and Dionysian themes.

While living in Sacramento and San Francisco in the 1970s, Kopelow created his philosophical opus in paint with a series and practice he called Chromorphism. As Blumstein writes, Chromorphism exemplified Kopelow’s “use of painting as a personal meditative tool. The 24 large-scale canvases of Chromorphism are intended as a transformative journey and were designed to be shown together” to produce, in Kopelow’s words, a “visual symphony.”

Kopelow worked in relative obscurity until 2014, just one year before his passing, when his first solo show at LA Artcore’s Brewery Annex launched to much fanfare and record attendance. Even despite limited mobility in later years, he continued painting daily, driven by a never-ending pursuit to glean deeper knowledge through artistic practice. Kopelow was greatly admired by his peers as an “artist’s artist,” who had an intense work ethic, ignored artworld trends, and painted for the sheer joy of it. // burtonkopelow.com