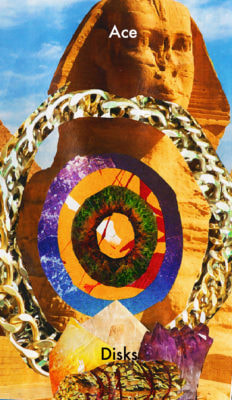 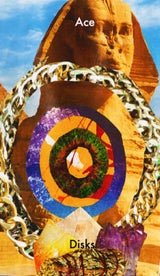 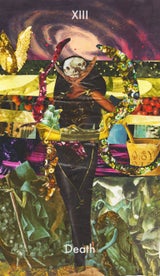 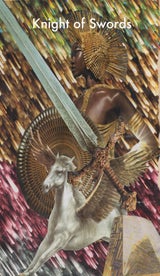 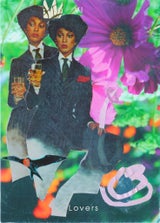 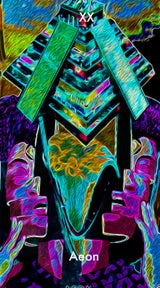 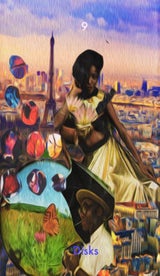 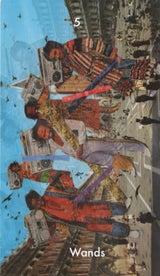 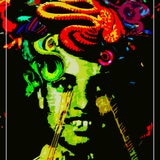 Shrine of the Black Medusa Tarot

Created by Casey Rocheteau in 2014, the Shrine of the Black Medusa Tarot celebrates Black culture, queer magic and hoodoo divination. It is a tool for the future crafted from images of the past.

It is said that the Greeks believed the gorgons resided on the Cape Verdean islands, making Medusa an African with twisted serpentine locs so beautiful that Mt. Olympus feared them. According to the myth, Athena’s fervor for victim blaming saw her turn the human Medusa and her sisters into gorgons. Medusa’s life was a lonely one, peppered with staring at soldiers turned statues. A god had blamed her for her trauma, made a monster of her and then helped some “hero” murder her in her sleep. The Shrine of the Black Medusa Tarot celebrates the pantheon of monsters within each of us, knowing that Medusa was more metaphor than monster, and that Perseus was a on a quest he couldn’t possibly understand.

The images in the deck are mixed media collage with images from nature photography, mythological texts, pop culture iconography, Black Americana, and interdimensional conjure. The deck follows the Thoth tradition of card order in the major arcana. The artwork from the deck has been showcased at the Cranbrook Academy of Art and the Pulitzer Arts Foundation. There is a small eight page booklet that accompanies the deck, and an expanded booklet for the major arcana can be found here: Shrine of the Black Medusa Major Arcana Guidebook