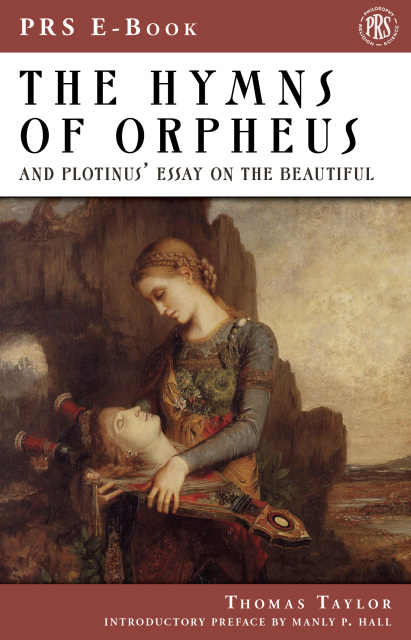 Aristophanes and Horace considered Orpheus a missionary of civilization; and the Orphic teachings were so molded to the foundation of the Pythagorean Philosophy as to be indistinguishable. It might be said that the Pythagorean system is the philosophical aspect of that which the Orphic beliefs are the religion.

This volume of The Hymns of Orpheus is a photographic facsimile of the 1792 edition, translated from the original Greek by Thomas Taylor.

This volume includes: ‘A Dissertation on the Life and Theology of Orpheus,’ ‘The Initiations of Orpheus’ which were invocations used in the Eleusinian Mysteries, and ‘An Essay on the Beautiful’ by Plotinus. These works comprise a compendium of the teachings of Orpheus, beliefs that brightly lit the dawn of Greece.