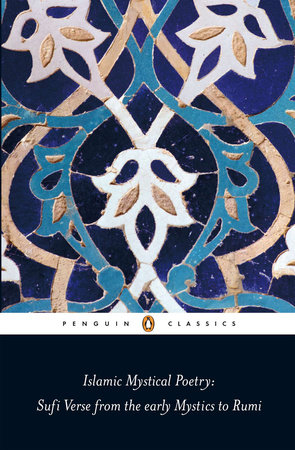 SUFI VERSE FROM THE EARLY MYSTICS TO RUMI

Edited and Translated by Mahmood Jamal

Written from the ninth to the twentieth century, these poems represent the peak of Islamic Mystical writing, from Rabia Basri to Mian Mohammad Baksh. Reflecting both private devotional love and the attempt to attain union with God and become absorbed into the Divine, many poems in this edition are imbued with the symbols and metaphors that develop many of the central ideas of Sufism: the Lover, the Beloved, the Wine, and the Tavern; while others are more personal and echo the poet’s battle to leave earthly love behind. These translations capture the passion of the original poetry and are accompanied by an introduction on Sufism and the common themes apparent in the works. This edition also includes suggested further reading.

For more than seventy years, Penguin has been the leading publisher of classic literature in the English-speaking world. With more than 1,700 titles, Penguin Classics represents a global bookshelf of the best works throughout history and across genres and disciplines. Readers trust the series to provide authoritative texts enhanced by introductions and notes by distinguished scholars and contemporary authors, as well as up-to-date translations by award-winning translators.