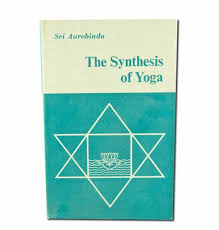 The Synthesis of Yoga

The Synthesis of Yoga is Sri Aurobindo's principal work on yoga: an examination of the traditional systems and an explanation of his own method of Integral Yoga.

"Truth of philosophy is of a merely theoretical value unless it can be lived," Sri Aurobindo wrote, "and we have therefore tried in the 'Synthesis of Yoga' to arrive at a synthetical view of the principles and methods of the various lines of spiritual self-discipline and the way in which they can lead to an integral divine life in the human existence."

Sri Aurobindo discusses at considerable length the three great yogic paths of Knowledge, Works and Love, and comments more briefly on other paths: Hatha Yoga, Raja Yoga and the Tantric Yogas. In the final part of the book, the "Yoga of Self-Perfection", he describes his own system of yoga, known as the Integral Yoga, through which his philosophy of supramental transformation and conscious evolution could be lived in life and finally the transformation of Man into Superman could be achieved.

Unlike the other systems, the aim of the Integral Yoga is not only to enter into the divine consciousness but to bring it down on earth to transform mind and life and body. Its principle is "a self-surrender, a giving up of the human being into the being, consciousness, power, delight of the Divine", as a result of which the Divine himself "shall by the light of his presence and guidance perfect the human being in all the forces of the Nature for a divine living".

Contents: Introduction: The Conditions of the Synthesis;

Part One: The Yoga of Divine Works;

Part Four: The Yoga of Self-Perfection.