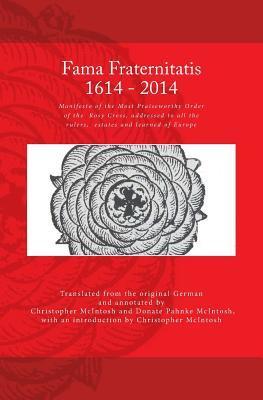 The seminal document known as the Fama Fraternitatis (the Proclamation of the Fraternity) burst like a firework over Europe in the early 17th century, igniting the imagination of many with its story of the German seeker Christian Rosenkreuz, his journey through the Middle East in search of wisdom, and his creation of the esoteric Rosicrucian Fraternity. The first of three so-called Rosicrucian Manifestos, it received no adequate English translation for over three centuries. To mark the 400th anniversary of the original German publication in 1614, Christopher McIntosh and Donate Pahnke McIntosh produced an English rendering, based on careful study of printed and manuscript versions. They have now issued it in a second edition with certain amendments and corrections. This work is an essential resource for all who are drawn to Rosicrucianism, whether as a field of study or a spiritual path.