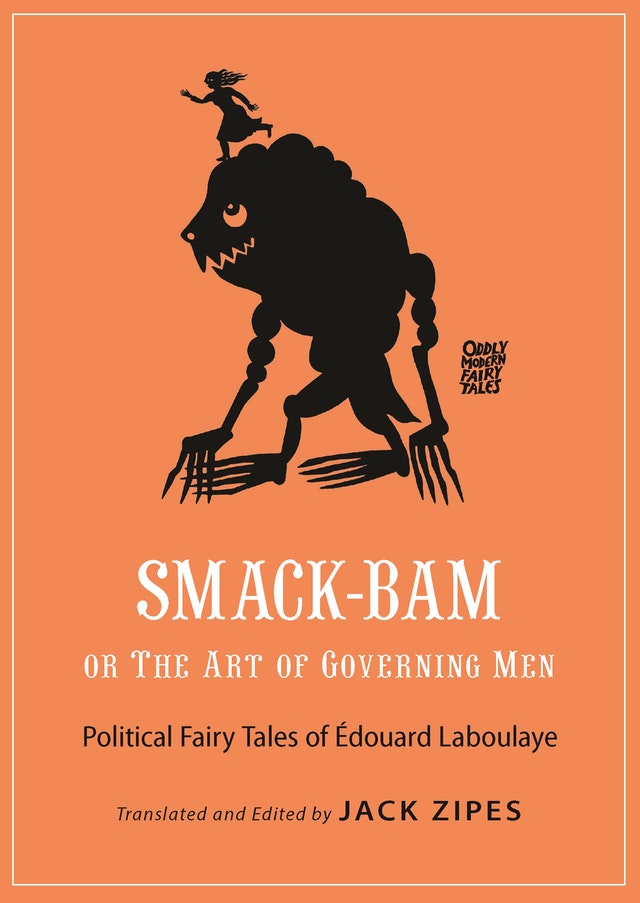 Smack-Bam, or The Art of Governing Men: Political Fairy Tales of Édouard Laboulaye

Édouard Laboulaye (1811–1883), one of nineteenth-century France’s most prominent politicians and an instrumental figure in establishing the Statue of Liberty, was also a prolific writer of fairy tales. Smack-Bam, or The Art of Governing Men brings together sixteen of Laboulaye’s most artful stories in new translations. Filled with biting social commentary and strong notions of social justice, these rediscovered tales continue to impart lessons today.

Inspired by folktales from such places as Estonia, Germany, Iceland, and Italy, Laboulaye’s deceptively entertaining stories explore the relationships between society and the ruling class. In “Briam the Fool,” the hero refuses the queen’s hand after he kills the king. In “Zerbino the Bumpkin,” the king and prime minister are idiots, while the king’s daughter runs away with a woodcutter to an enchanted island. And in the title story, “Smack-Bam, or The Art of Governing Men,” a superficial prince is schooled by a middle-class woman who smacks him when he won’t engage in his lessons and follows him across Europe until he falls in love with her. In these worlds, shallow aristocrats come to value liberty, women are as assertive and intelligent as men, and protagonists experience compassion as they learn of human suffering.

With an introduction by leading fairy-tale scholar Jack Zipes that places Laboulaye’s writing in historical context, Smack-Bam, or The Art of Governing Men presents spirited tales from the past that speak to contemporary life.