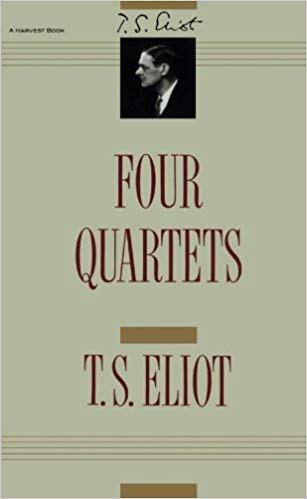 The last major verse written by Nobel laureate T. S. Eliot, considered by Eliot himself to be his finest work.

Four Quartets is a rich composition that expands the spiritual vision introduced in "The Waste Land." Here, in four linked poems, "Burnt Norton," "East Coker," "The Dry Salvages," and "Little Gidding," spiritual, philosophical, and personal themes emerge through symbolic allusions and literary and religious references from both Eastern and Western thought. It is the culminating achievement by a man considered the greatest poet of the twentieth century and one of the seminal figures in the evolution of modernism.