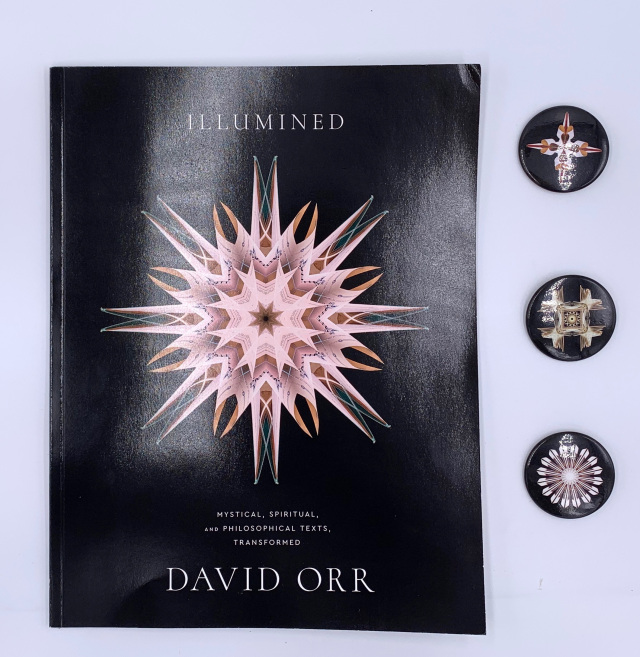 Once he made a photograph which captured the physical qualities of a particular book or text, he recombined it, creating an abstract form alluding to the worldview or mythology being represented while often obscuring the writing itself — evoking the ancient Daoist idea that “the deepest truths can never be captured by words alone.”

This catalog features essays by Greg Salyer, Ph.D, Cathy Willis, MLS, and David Orr and includes photos of the work included in Illumined.