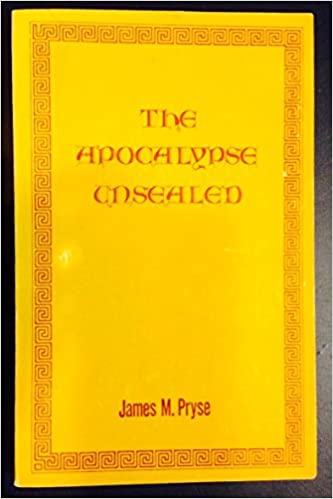 The biblical Book of Revelation is not a cryptic history or prophecy, as is generally believed, but is, in fact, a manual of spiritual development. So explains theosophist James M. Pryse in this 1919 work, which seeks to uncover the hidden significance of the most misunderstood section of the Bible and reinterpret it from a modern theosophical perspective, uncovering its esoteric relationship to other ancient texts, including the Upanishads. Pryse offers a new translation of the Apocalypse based upon undisputed meanings of the original Greek text and comments on it on a verse-by-verse basis to bring to light startling new meaning in a work that many readers will have believed fully explored. Students of comparative mythology, ancient religion, and the Bible will find this an intriguing read.

James Morgan Pryse (Jr.) was an author and publisher, having operated for the Theosophical Society first the Aryan Press in New York and later the H.P.B. Press in London and the end of the 19th century. He helped found the Gnostic Society in Los Angeles in 1925. He is also the author of A Sermon on the Mount and Other Extracts from the New Testament (1899) and Reincarnation in the New Testament (1900), among other works.