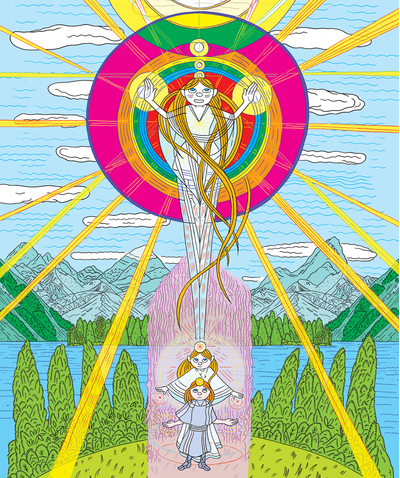 In The Cartoon Utopia, "Utopians" of the future world are attempting to send messages through consciousness, outside of the constricts of time as we understand it. They live in a world of advanced collective consciousness and want to help us understand how to achieve what they have accomplished. They get together to perform this task in a way that evolved out of our current system of consuming information and entertainment. In other words, the opposite of television. Instead, these messages appear in the form of art, music and storytelling.

Ronald J. Regé Jr. is a cartoonist and musician from Plymouth, Massachusetts.