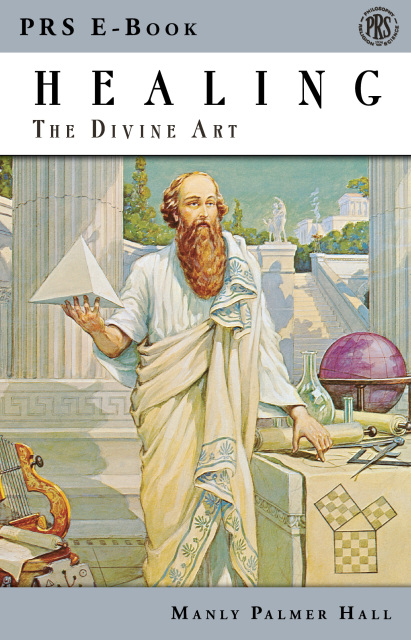 Manly Hall believed that in our effort to conquer externals we have failed to meet the challenge of the internal existence. The purpose of this book is to make available in one volume a wide variety of evidence bearing on the theory and practice of Metaphysical Medicine, to point out certain broad and invariable principles that bear upon the practitioner and his practice, while remaining uninfluenced by an author’s addiction to the teachings of some particular group or sect.

There is no doubt that a considerable part of so-called spiritual healing is, in reality, nothing but suggestion therapy, and the results obtained arise from a sincere conviction that such results can be obtained. This book is divided into two sections, of which the first is historical, and the second technical and clinical. The historical section, however, is far more practical to present day problems than might at first appear.

Most of the material which it contains relates directly to beliefs held at the present time. Beneath a thin coating of modern terminology the most primitive convictions concerning health and sickness are in general circulation today.

This includes such subjects as: the practices of Witch Doctors and the Native American medicine priests; the diagnosis of dreams as practiced in Greece by the followers of Asclepius, god of medicine; early clinics of Hippocrates; mystical healing by the early Christian church; esoteric physiology and anatomy; the pineal gland; magnetic healing; faith therapy; mental healing; and finally, case histories focusing on the psychological factors contributing to illness.

Out-of-print for several years, this exclusively electronic e-book edition is fully bookmarked for easy navigation, with a hyper-linked table of contents.