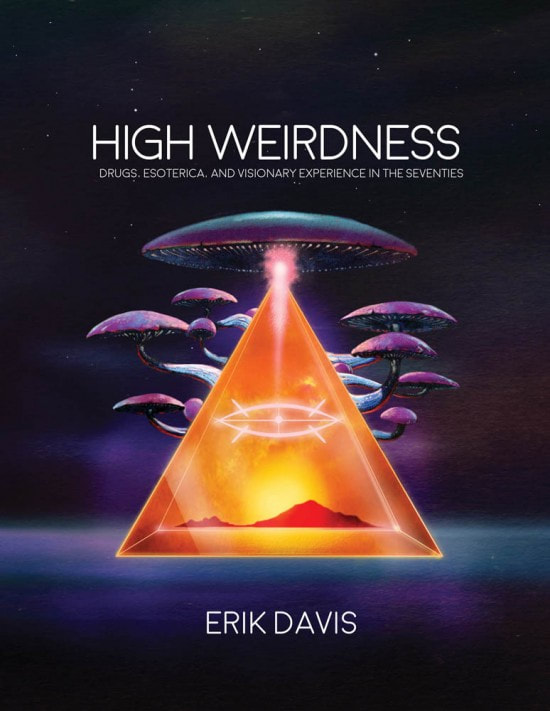 High Weirdness: Drugs, Esoterica, and Visionary Experience in the Seventies

An exploration of the emergence of a new psychedelic spirituality in the work of Philip K. Dick, Terence McKenna, and Robert Anton Wilson.

A study of the spiritual provocations to be found in the work of Philip K. Dick, Terence McKenna, and Robert Anton Wilson, High Weirdness charts the emergence of a new psychedelic spirituality that arose from the American counterculture of the 1970s. These three authors changed the way millions of readers thought, dreamed and experienced reality—but how did their writings reflect, as well as shape, the seismic cultural shifts taking place in America?

In High Weirdness, Erik Davis—America's leading scholar of high strangeness—examines the published and unpublished writings of these vital, iconoclastic thinkers, as well as their own life-changing mystical experiences. Davis explores the complex lattice of the strange that flowed through America's West Coast at a time of radical technological, political, and social upheaval to present a new theory of the weird as a viable mode for a renewed engagement with reality.

Erik Davis is the author of four books - TechGnosis: Myth, Magic, and Mysticism in the Age of Information (Crown 1998), Nomad Codes: Adventures in Modern Esoterica (Yeti, 2010), The Visionary State: A Journey Through California's Spiritual Landscape (Chronicle, 2006) with photography by Michael Rauner, and Led Zepplin IV (Continuum, 2005). Davis has contributed articles and essay to a variety of periodicals, including Bookforum, Arthur, Artforum, Slate, Salon, Gnosis, Rolling Stone, the (original, better) LA WEEKLY, Spin, Wired, and the Village Voice, and has given talks at universities, media art conferences, and festivals around the world. For articles, essays, and Erik's regular podcast Expanding Mind, visit TechGnosis.com