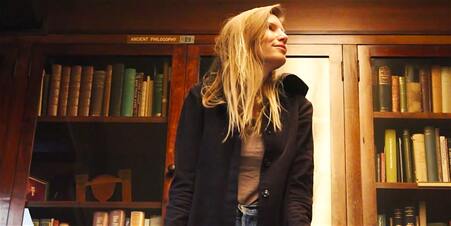 .Mandy Kahn is a poet and peace advocate based in Los Angeles. Kahn is the author of two collections of poems--Glenn Gould’s Chair and Math, Heaven, Time—both from London-based poetry press Eyewear. Her work has been included in the Best American Poetry anthology series, and in former Poet Laureate Ted Kooser’s syndicated column American Life in Poetry. In addition to writing books, Kahn regularly presents immersive poems: live works of literature that incorporate performance, audience participation and musical technique. In 2019, Kahn presented a program of immersive and interactive poems at the Getty Museum; her Getty presentation was called “Gateways to Peace,” and was performed by a cast of seven actors and three opera singers. She teaches a free, weekly online class on the nature of peace for the Philosophical Research Society called Peace Class, and regularly presents peace-building concerts on the grounds that features poetry, classical music and immersive performance. She is the subject of Courtney Sell’s feature-length documentary Peace Piece: The Immersive Poems of Mandy Kahn, which was released by Indie Pix, and is available for streaming on Amazon Prime Video, Google Play, and elsewhere, and is also available as a DVD. 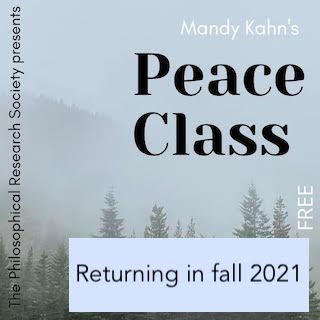 ​
​It’s time to talk about peace not as the opposite of war, but as a universal power source that any individual can plug into for free. Peace is an energy that always flows, and that can be used to build peace in the individual experience, and by extension, in the collective experience.

This free online class will meet every Wednesday; drop in for one class or for the full series.
​RSVP here