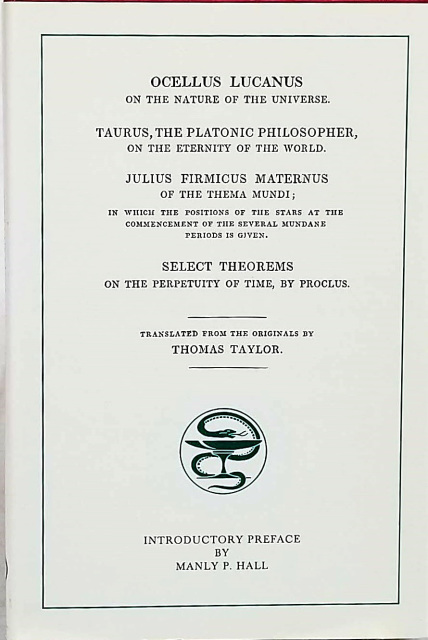 “On the Nature of the Universe” & Extracts from Taurus, Julius Firmicus Maternus and Proclus

Translated by Thomas Taylor. Preface by Manly P. Hall This facsimile reprint of a 1831 edition is collection of brief translations dealing with astrotheology. Maternus was one of many early astronomers, and second in authority only to Ptolemy of Alexandria. His horoscope of the world is included from the 1533 edition of the Libri Matheseos, and his discussion of the Thema Mundi. Proclus’ contribution deals with the mystery of time as explained by Neoplatonism.ISBN: 0-89314-403-7 |  Hardback.  107p