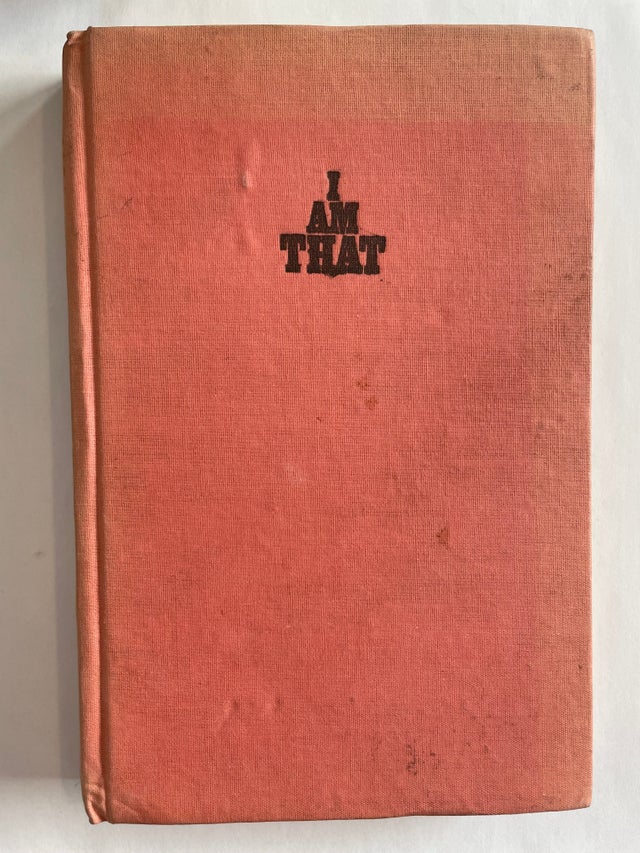 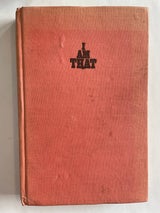 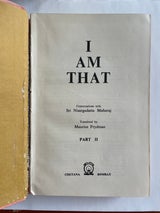 I Am That, Part 2: Conversations with Sri Nisargadatta Maharaj

Part two of two, Hardbound, reprint of second edition, 1978, OK condition, some underlining and notes in pencil, binding is somewhat loose, some wear on the cover.

This collection of the timeless teachings of one of the greatest sages of India, Sri Nisargadatta Maharaj, is a testament to the uniqueness of the seer's life and work and is regarded by many as a modern spiritual classic. I Am That (first published in 1973) continues to draw new audiences and to enlighten seekers anxious for self-realization. Sri Nisargadatta Maharaj was a teacher who did not propound any ideology or religion, but gently unwrapped the mystery of the self. His message was simple, direct, and sublime. I Am That preserves his dialogs with the followers who came from around the world seeking guidance in destroying false identities. The sage's sole concern was with the human suffering and the ending of suffering. It was his mission to guide the individual to an understanding of his true nature and the timelessness of being. He taught that the mind must recognize and penetrate its own state of being--not "being this or that, here or there, then or now," but just timeless being. A simple man, Maharaj was a householder and petty storekeeper in Bombay where he lived and died in 1981 at the age of 84. He had not been educated formally but came to be respected and loved for his insights into the crux of human pain and for the extraordinary lucidity of his direct disclosure. Hundreds of diverse seekers traveled the globe and sought him out in his unpretentious home in Bombay (now Mumbai) to hear him. To all of them, he gave hope that "beyond the real experience is not the mind, but the self, the light in which everything appears ... the awareness in which everything happens." In the humble abode of Sri Nisargadatta Maharaj, but for the electric lights and the noises of the street traffic, one would not know in which period of human history one dwells. There is an atmosphere of timelessness about his tiny room; the subjects discussed are timeless -- valid for all times; the way they are expounded and examined is also timeless; the centuries, millennia and yugas fall off and one deals with matters immensely ancient and eternally new. The discussions held and teachings given would have been the same ten thousand years ago and will be the same ten thousand years hence. There will always be conscious beings wondering about the fact of their being conscious and enquiring into its cause and aim. Whence am I? Who am I? Whither am I? Such questions have no beginning and no end. And it is crucial to know the answers, for without a full understanding of oneself, both in time and in timelessness, life is but a dream, imposed on us by powers we do not know, for purposes we cannot grasp. I Am That is a legacy from a unique teacher who helps the reader to a clearer understanding of himself as he comes to Maharaj with the age-old question, "Who am I?" Seekers were never turned away from the humble abode of Maharaj during his life and can still find their answers to this timeless question in the pages of this book today.