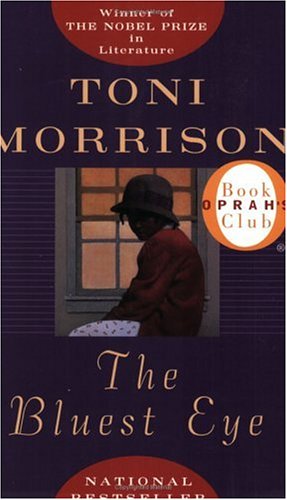 *used book, in very good condition, cover shows some sign of wear but is completely intact

Toni Morrison's first novel, a book heralded for its richness of language and boldness of vision. With its vivid evocation of the fear and loneliness at the heart of a child's yearning, and the tragedy of its fulfillment, The Bluest Eye remains one of Morrison's most powerful, unforgettable novel–a significant work of American fiction.

Toni Morrison was awarded the Nobel Prize for Literature in 1993. She is the author of several novels, including The Bluest Eye, Beloved (made into a major film), and Love. She has received the National Book Critics Circle Award and a Pulitzer Prize. She is the Robert F. Goheen Professor at Princeton University.