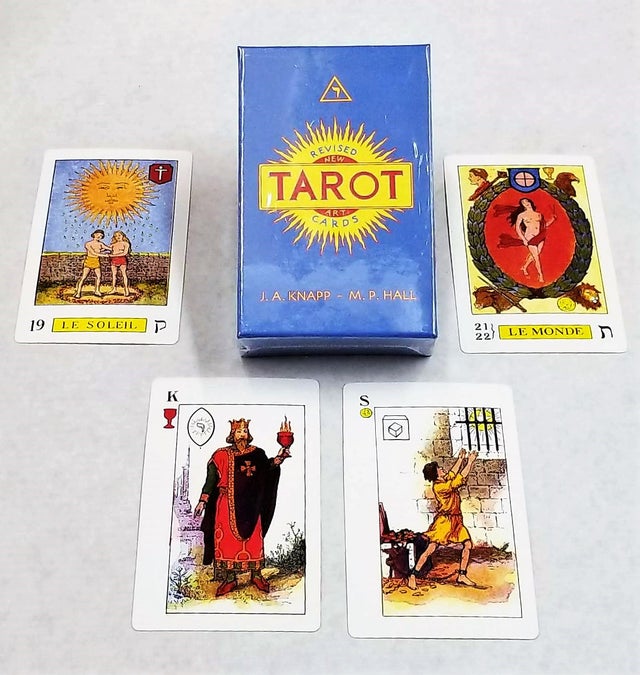 The cards are housed in a shrink-wrapped tuck box with a 57-page booklet containing an essay on the artwork by J. Augustus Knapp scholar Ken Henson, M.F.A., a note from the editor Dr. Yolanda Robinson, an introduction from 1985, and commentary on each card written by Manly P. Hall.

IF YOU WOULD LIKE TO BE PUT ON THE WAITLIST PLEASE EMAIL INFO@PRS.ORG

To learn more about this deck you can read Manly P. Hall's Tarot, An Essay, and Dr. Yolanda Robinson's The Revised New Art Tarot: Mysticism and Qabalah in the Knapp-Hall Tarot.