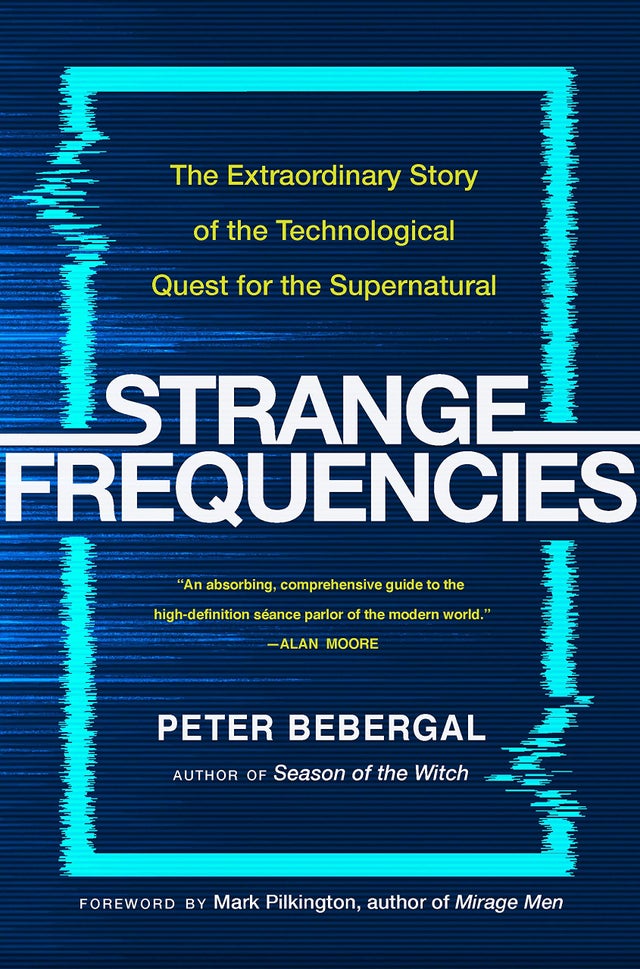 Strange Frequencies: The Extraordinary Story of the Technological Quest for the Supernatural

A journey through the attempts artists, scientists, and tinkerers have made to imagine and communicate with the otherworldly using various technologies, from cameras to radiowaves.

Strange Frequencies takes readers on an extraordinary narrative and historical journey to discover how people have used technology in an effort to search for our own immortality. Bebergal builds his own ghostly gadgets to reach the other side, too, and follows the path of famous inventors, engineers, seekers, and seers who attempted to answer life's ultimate mysteries. He finds that not only are technological innovations potent metaphors keeping our spiritual explorations alive, but literal tools through which to experiment the boundaries of the physical world and our own psyches.

Peter takes the reader alongside as he explores:

•  the legend of the golem and the strange history of automata;

•  a photographer who is trying to capture the physical manifestation of spirits;

•  a homemaker who has recorded voicemails from the dead;

•  a stage magician who combines magic and technology to alter his audience's consciousness;

Peter Bebergal writes widely on the speculative and slightly fringe. His essays and reviews have appeared in NewYorker.com,The Times Literary Supplement, Boing Boing, The Believer, and The Quietus. He is the author of Season of the Witch: How the Occult Saved Rock and Roll; Too Much to Dream: A Psychedelic American Boyhood and The Faith Between Us: A Jew and a Catholic Search for the Meaning of God (with Scott Korb). Bebergal studied religion and culture at Harvard Divinity School, and lives in Cambridge, Massachusetts.