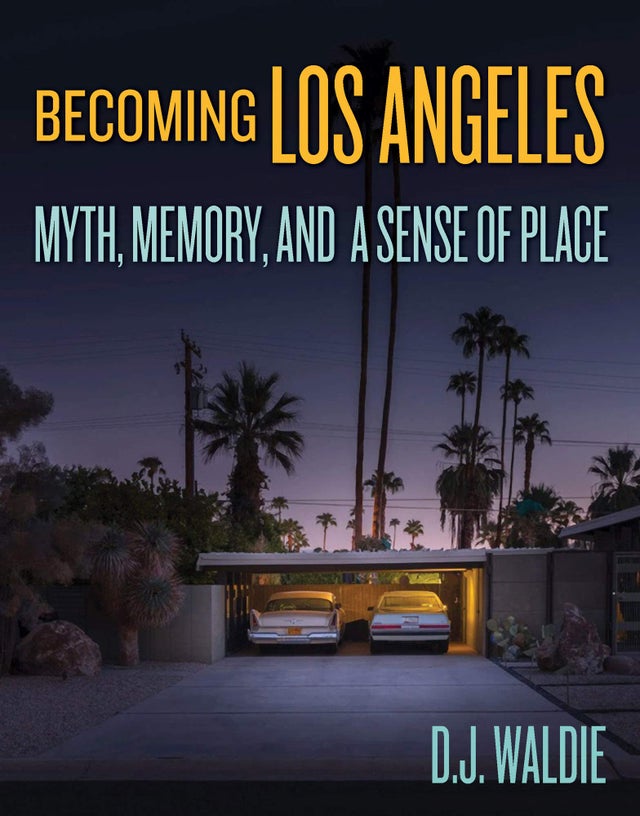 Becoming Los Angeles: Myth, Memory, and a Sense of Place

Becoming Los Angeles, a new collection by the author of the acclaimed memoir Holy Land, blends history, memory, and critical analysis to illuminate how Angelenos have seen themselves and their city. Waldie’s particular concern is commonplace Los Angeles, whose rhythms of daily life are set against the gaudy backdrop of historical myth and Hollywood illusion. It’s through sacred ordinariness that Waldie experiences the city’s seasons. In his exploration of sprawling Los Angeles, he considers how the city’s image was constructed and how it fostered willful amnesia about the city’s conflicted past. He encounters the immigrants and exiles, the dreamers and con artists, the celebrated and forgotten who became Los Angeles. He measures the place of nature in the city and the different ways that nature has been defined. He maps on the contours of Los Angeles what embracing―or rejecting―an Angeleno identity has come to mean.

Becoming Los Angeles draws on a decade of Waldie’s writing about the intersection of the city’s history and its aspirations. He asks, what do we talk about when we talk about Los Angeles today? In a global, cosmopolitan city, is there value in cultivating a local imagination? And he wonders how to describe a city that is denser and more polarized and challenged by climate change, homelessness, and economic disparity. There will always be romance in the idea of Los Angeles, but it requires renewed hope to sustain. Becoming Los Angeles is a further account of how Waldie gained a sense of place, which James Mustich, author of 1,000 Books to Read Before You Die, described as “an almost sacramental act of attention.” Becoming Los Angeles is ultimately a book about learning how to fall in love with wherever it is you are.

Called a writer whose work is a “gorgeous distillation of architectural and social history” by the New York Times, whose essays and memoirs, said the Los Angeles Times, “conjure the idiosyncratic splendor of Southern California life,” D. J. Waldie is the author of the acclaimed Holy Land: A Suburban Memoir and other books that illuminate the ordinary and the every day in lyrical prose. In collaboration with Diane Keaton, Waldie provided the text for two photographic explorations of home: California Romantica, dealing with homes in the Spanish Colonial Revival Style of the early twentieth century, and House, examining post-modern interpretations of domesticity. California Romantica became a Los Angeles Times non-fiction bestseller in 2007. D. J. Waldie’s narratives about suburban life have appeared in BUZZ, The Kenyon Review, The Massachusetts Review, The Georgetown Review, Salon, dwell, Los Angeles Magazine, Spiritus, Gulf Coast, Urbanisme, Bauwelt, and other publications. His book reviews and commentary have appeared in the Los Angeles Times, the Wall Street Journal, and the New York Times. He lives in the home where he was born in Lakewood, California, where he was formerly the Deputy City Manager.