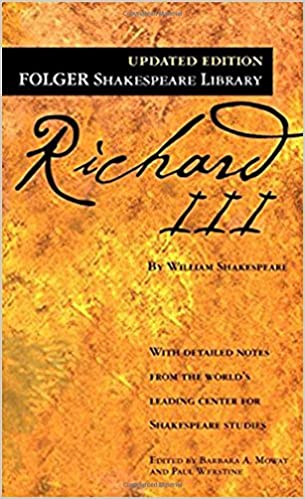 *used book, outer cover shows some signs of wear, no markings inside of book

In Richard III, Shakespeare invites us on a moral holiday. The play draws us to identify with Richard and his fantasy of total control of self and domination of others. Not yet king at the start of the play, Richard presents himself as an enterprising villain as he successfully plans to dispose of his brother Clarence. Richard achieves similar success in conquering the woman he chooses to marry. He carves a way to the throne through assassination and executions.

The authoritative edition of Richard III from The Folger Shakespeare Library, the trusted and widely used Shakespeare series for students and general readers, includes:

-A key to the play’s famous lines and phrases

-An introduction to reading Shakespeare’s language