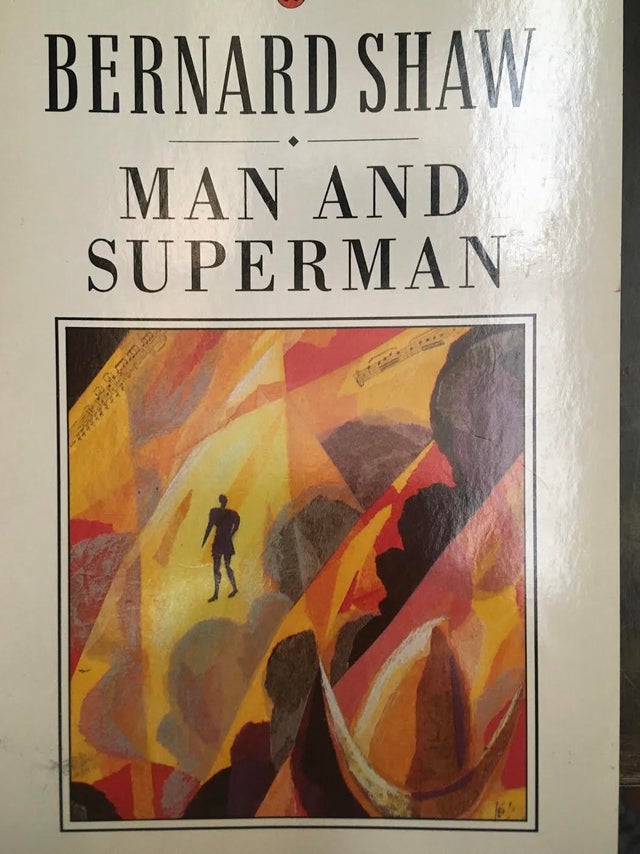 ﻿After the death of her father, Ann Whitefield becomes the joint ward of two men: the respectable Roebuck Ramsden and John Tanner, author of “The Revolutionist’s Handbook.” Believing marriage would prevent him from achieving his higher intellectual and political ambitions, Tanner is horrified to discover that Ann intends to marry him, and he flees to Spain with the determined young woman in hot pursuit. The chase even leads them to the underworld, where the characters’ alter egos discuss questions of human nature and philosophy in a lively debate in a scene often performed separately as “Don Juan in Hell.” In Man and Superman, Shaw combined seriousness with comedy to create a satirical and buoyant exposé of the eternal struggle between the sexes.