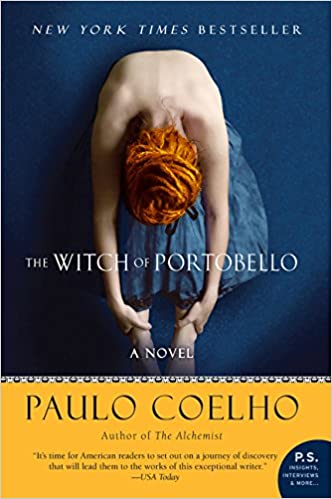 The Witch of Portobello

How do we find the courage to always be true to ourselves—even if we are unsure of who we are?

That is the central question of international bestselling author Paulo Coelho’s profound new work, The Witch of Portobello. It is the story of a mysterious woman named Athena, told by the many who knew her well—or hardly at all. Like The Alchemist, The Witch of Portobello is the kind of story that will transform the way readers think about love, passion, joy, and sacrifice.

Paulo Coelho, born in Rio de Janeiro in 1947, is one of the bestselling and most influential authors in the world. The Alchemist, The Pilgrimage, The Valkyries, Brida, Veronika Decides to Die, Eleven Minutes, The Zahir, The Witch of Portobello, The Winner Stands Alone, Aleph, Manuscript Found in Accra, and Adultery, among others, have sold over 175 million copies worldwide, and The Alchemist has been on the New York Times bestseller list for over 360 weeks.

Paulo Coelho has been a member of the Brazilian Academy of Letters since 2002, and in 2007, he was appointed United Nations Messenger of Peace.