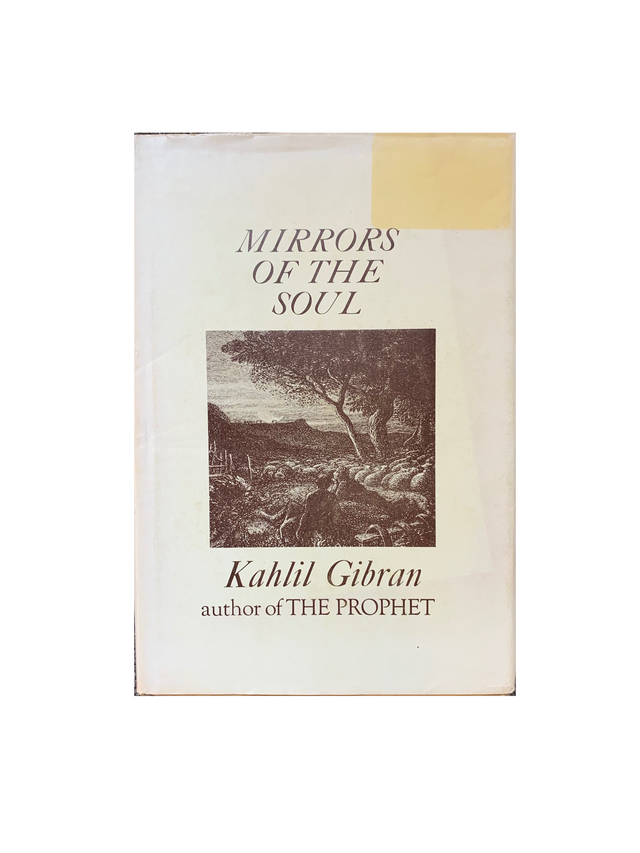 Mirrors of the Soul

Works by Kahlil Gibran intimately reveal the complex nature of one of the twentieth century’s most influential writers Kahlil Gibran wrote prolifically and passionately in Arabic as well as English. First published in 1965 with nine works of poetry translated by Joseph Sheban, Mirrors of the Soul includes writings by Gibran that are as poignant today as when first written, such as The New Frontier, and The Sea. These poems illuminate the dual nature of Gibran, who lived in the shadows both of New York skyscrapers and the cedars of his childhood Lebanon. Sheban enriches the new works with an insightful biography, a historical examination of politics and religion in Gibran’s native land, and the inclusion of revolutionary poems such as My Countrymen and My People Died.

Condition: Original 1965 publication. Moderate wear on dust jacket, with fading and some staining. Otherwise like new.