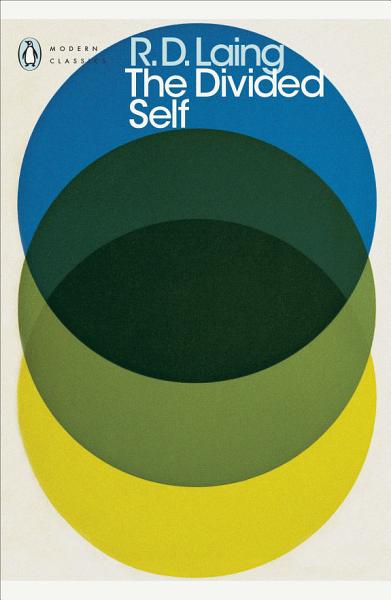 The Divided Self, R.D. Laing's groundbreaking exploration of the nature of madness, illuminated the nature of mental illness and made the mysteries of the mind comprehensible to a wide audience.

First published in 1960, this watershed work aimed to make madness comprehensible, and in doing so revolutionized the way we perceive mental illness. Using case studies of patients he had worked with, psychiatrist R. D. Laing argued that psychosis is not a medical condition, but an outcome of the 'divided self', or the tension between the two personas within us: one our authentic, private identity, and the other the false, 'sane' self that we present to the world.

Laing's radical approach to insanity offered a rich existential analysis of personal alienation and made him a cult figure in the 1960s, yet his work was most significant for its humane attitude, which put the patient back at the centre of treatment.

Condition: Some wear on cover and yellowed pages due to age. Otherwise like new.

R.D. Laing, one of the best-known psychiatrists of modern times, was born in Glasgow in 1927. R.D. Laing's writings range from books on social theory to verse, as well as numerous articles and reviews in scientific journals and the popular press. His many publications include The Divided Self, Self and Others, Interpersonal Perception, The Politics of Experience and The Bird of Paradise, Madness and Folly. R.D. Laing died in 1989.

Anthony David graduated in medicine from Glasgow University in 1980. After training in neurology he switched to psychiatry at the Maudsley & Bethlem Hospitals. He is currently Professor of Cognitive Neuropsychiatry at the Institute of Psychiatry, King's College, London. He has edited several books including The Self in Neuroscience and Psychiatry (2003) with T. Kircher, and Insight and Psychosis(2nd ed., 2004) with X. Amador, and is author of over 350 publications in peer-reviewed medical and scientific journals.