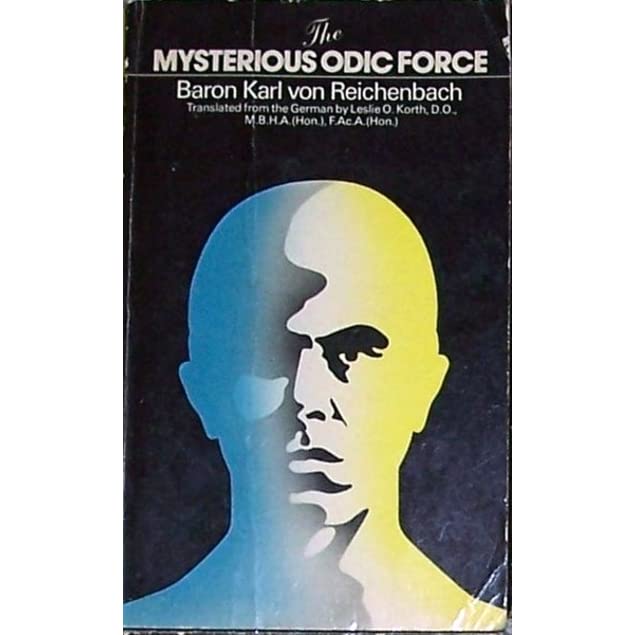 OD is the phonetic symbol devised by Baron Reichenbach to describe a penetrating force in nature which radiates from people, animals, and objects. This book collates the results of many experiments undertaken by the Baron, in which he employed "sensitives" who were able to see and feel the odic force he generated under laboratory conditions.

How can you discover whether you are sensitive to odic force? This book provides valuable clues. If you like the color blue but feel repelled by yellow, if you cannot sleep on your left side or sit comfortably behind or in front of others, then you are certainly sensitive to odic emanations as manifested in "like" pairings, and could probably duplicate the results of some of the remarkable experiments described in these pages. Whatever your degree of sensitivity, you will be intrigued and impressed by this painstaking investigation of a potent and unceasing power.

Condition: Some wear on cover, previous owner's name inside cover, and pages yellowed due to age. Otherwise like new.

Karl Ludwig Freiherr von Reichenbach (February 12, 1788 – January 19, 1869) was a notable chemist, geologist, metallurgist, naturalist, industrialist and philosopher, and a member of the prestigious Prussian Academy of Sciences. He is best known for his discoveries of several chemical products of economic importance, extracted from tar, such as eupione, waxy paraffin, pittacal (the first synthetic dye) and phenol (an antiseptic). He also dedicated himself in his last years to research an unproved field of energy combining electricity, magnetism and heat, emanating from all living things, which he called the Odic force.