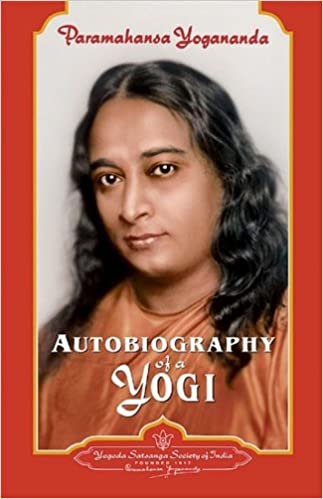 Autobiography of a Yogi

With engaging candour, eloquence, and wit, Paramahansa Yogananda narrates the inspiring chronicle of his life--the experiences of his remarkable childhood, encounters with many saints and sages during his youthful search for an illumined teacher, ten years of training in the ashram of his God-realized guru, and of the many years that he lived and taught as spiritual preceptor to truth-seekers all over the world. Also recorded are his meetings with Ramana Maharshi, Ananda Moyi Ma, Master Mahasaya (the saintly disciple of Ramakrishna Paramahansa), Mahatma Gandhi, Rabindranath Tagore, and Jagadis Chandra Bose. Considered a modern spiritual classic, the book has been translated into eighteen languages and is widely used as a text and reference work in colleges and universities. Thousands of readers have declared Autobiography of a Yogi the most fascinating reading of a lifetime.

Condition: Very good. Some wear on cover and pages.