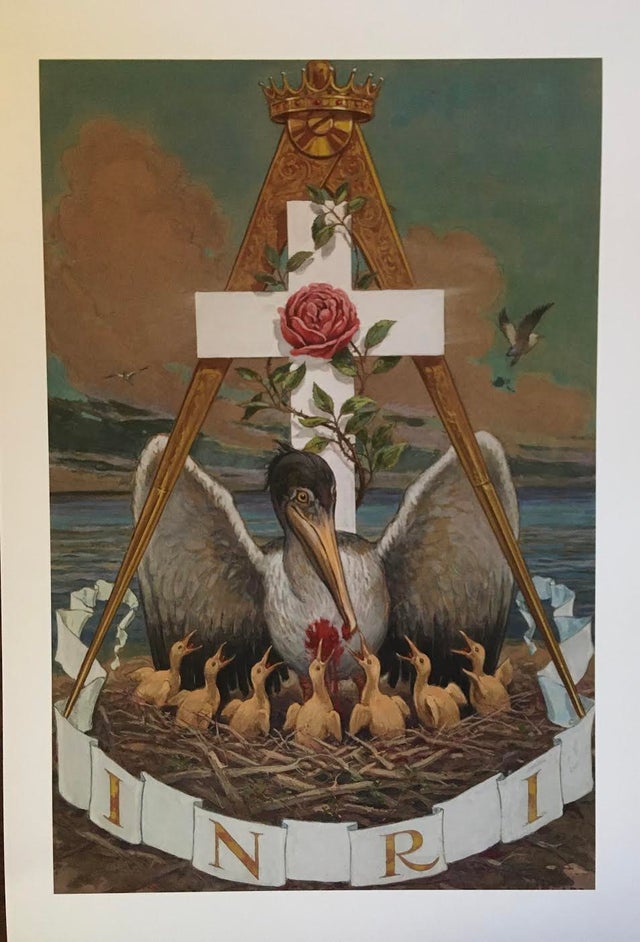 The Jewel of the Rose Croix

"The pelican feeding its young from a self-inflicted wound in its own breast is accepted as an appropriate symbol of both sacrifice and resurrection. To the Christian mystic, the pelican signifies Christ, who saves humanity (the baby birds) through the sacrifice of HIs own blood. The pelican may also be considered as representative of the sun, whose rays (blood) are the life of the seven philosophical planets depicted as the pelican's brood. In the Mysteries, the pelican represents the resurrection of the candidate from the dead.

The mother bird signifies those divine institutions which possess the secret doctrine which is the spiritual life of man.

As the Rose Croix degree is based upon Rosicrucian and Hermetic symbolism, it follows that the pelican represents one of the vessels in which the experiments of alchemy are performed and its blood that mysterious tincture by which the base metals (the seven baby birds) are transmuted into spiritual gold."

Manly P. Hall, The Secret Teachings of All Ages