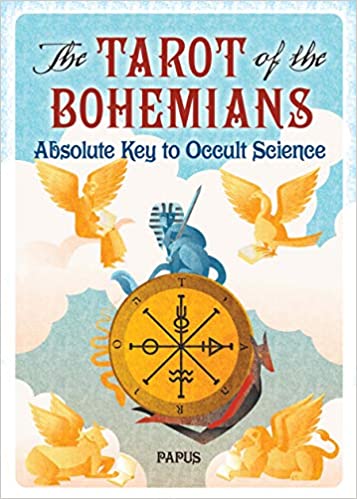 The Tarot of the Bohemians: Absolute Key to Occult Science

To the casual observer, they're just a pack of playing cards. But to initiates, the mysterious figures of the Tarot deck symbolize the keys to ancient wisdom. The 78 cards can be employed to unlock the secrets of the universe and to foretell the future — but only by those who comprehend their esoteric truths.

A pillar of occult science, The Tarot of the Bohemians provides a theological element to the work begun by Antoine Court de Gébelin, Etteila, and Éliphas Lévi, and advanced by A. E. Waite, the distinguished scholar and designer of the most widely known deck. Geared toward initiates, its topics include an introduction to the study of the Tarot as well as its symbolism and applications. This revised edition includes a Preface by Waite in addition to illustrative plates, charts, and tables.