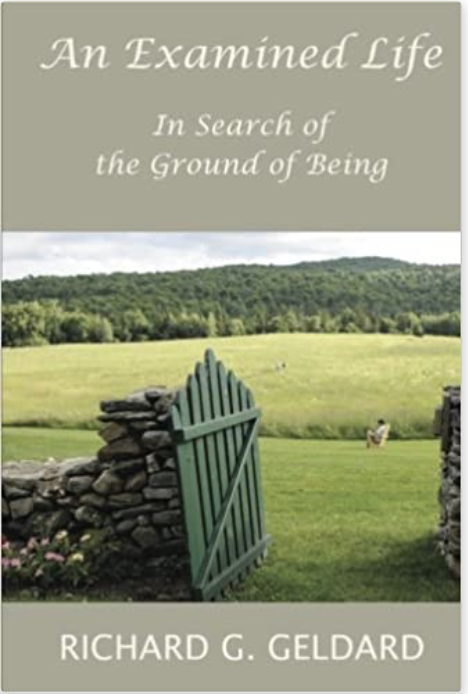 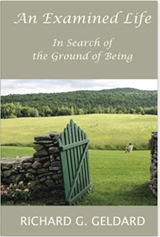 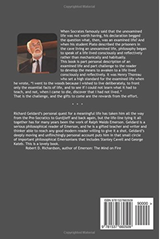 An Examined Life: In Search of the Ground of Being

When Socrates famously said that the unexamined life was not worth having, his declaration begged the question what, then, was an examined life? And when his student Plato described the prisoners in the cave living an unexamined life, philosophy began to speak of a life lived consciously and reflectively rather than mechanically and habitually. This book is part personal description of an examined life and part challenge to the reader to develop the means to awaken to a life lived consciously and reflectively. It was Henry Thoreau who set a high standard for the examined life when he wrote, “I went to the woods because I wished to live deliberately, to front only the essential facts of life, and to see if I could not learn what it had to teach, and not, when I came to die, discover that I had not lived.” That is the challenge, and the gifts to come are the rewards from the effort.

Richard Geldard is a full-time writer and professor living in New York City and the Hudson Valley. He is married to the artist and writer Astrid Fitzgerald. Before his present position, he taught English and philosophy at both the secondary, undergraduate and graduate levels. At the graduate levels he was a member of the faculty at the Pacifica Graduate Institute in Carpenteria, California, where he taught the Greek Mystery Religions. Prior to that he taught Greek Philosophy and The Science of Mind at Yeshiva College in New York. Dr. Geldard also served as professor of philosophy at the University of Philosophical Research in the Online Masters Degree Program. Geldard is the author of ten books, including studies of the work of Ralph Waldo Emerson and Greek philosophy and culture. He is also a frequent lecturer. In June, 2003, and September, 2003, he was a featured speaker at Faneuil Hall in Boston as part of the Emerson Bicentennial Celebrations. In June, 2005, he was the Keynote speaker at the re-instatement of the Delphic Games in Delphi, Greece.