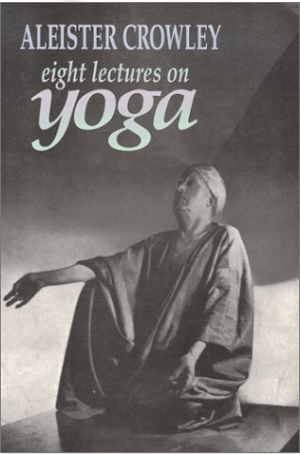 Aleister Crowley was among the first Europeans to study, practice, and teach Yoga. His intellectual hallmark—a philosophical synthesis of mysticism, magick and science—is rooted in his Yoga studies in the East at the turn of the last century. These eight lectures, written in 1937, set forth some of Crowley's conclusions after a lifelong philosophical investigation.

Speaking in turns as mystic, magus, philosopher, scientist and seasoned adventurer, few sacred cows escape the Mahatma Guru Sri Paramahansa Shivaji, who even delights in poking fun at himself.

The first series of lectures is introductory, and is entitled Yoga for Yahoos. The elements of Yoga are introduced, examined and demystified with a view to extracting the practical essence of Yoga doctrine. Yoga is also correlated to astrology and the Qabalah.

The second, more advanced series of lectures is entitled Yoga for Yellowbellies. Here Crowley weaves Yoga into a conceptual framework that encompasses Western philosophy, magick and mathematical physics. He introduces relativity and quantum mechanics, and discusses their implications for ontology and consciousness.

Crowley's humor suffuses thee talks, which are as entertaining as they are illuminating, and his wit elucidates concepts that elude rational explanation.