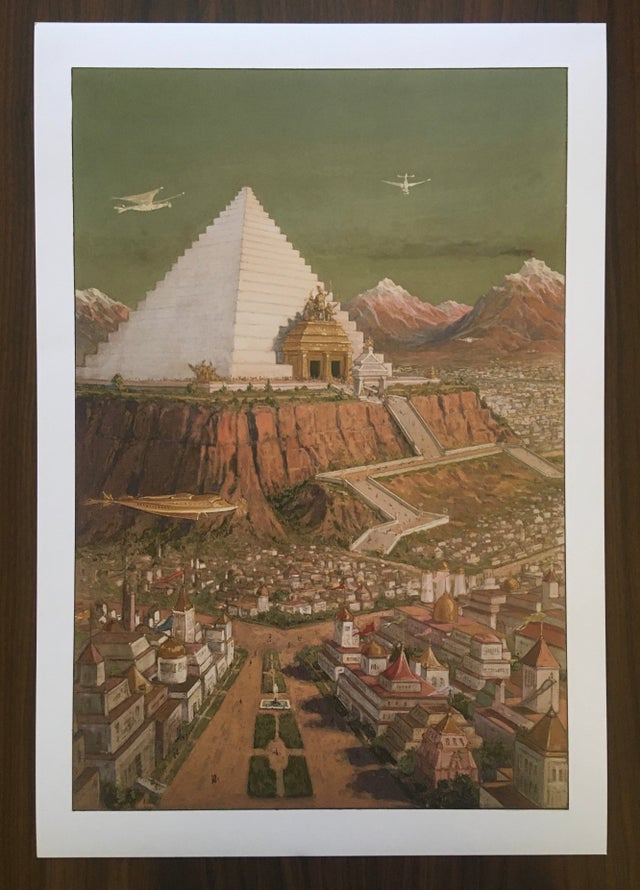 An Idealistic Depiction of the Atlantean Mystery Temple (limited edition)

"In the Critias, Plato describes in detail the divine foundation of the Atlantean Empire, originally known as Poseidonis. The golden age preserved in myth and legend, when the gods walked with men, depicts the zenith of Atlantean civilization. The demigods of the ancient world were the Atlanteans, to whom every civilized nation owes an incalculable debt of gratitude." Manly P. Hall, The Secret of All Ages