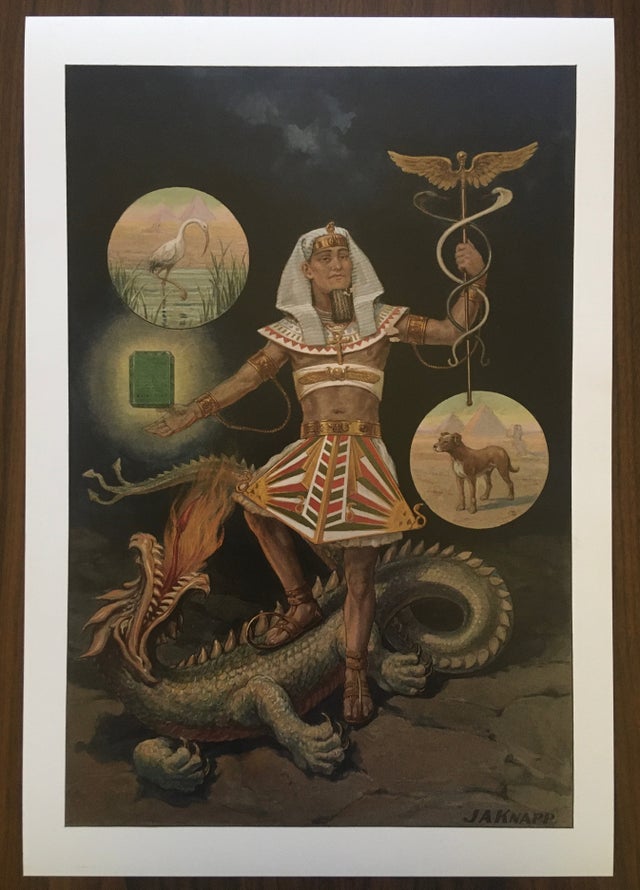 Hermes Standing Upon the Back of Typhon (limited edition)

"Hermes, as the personification of Universal Wisdom, is here depicted with his foot upon the back of Typhon, the vanquished dragon of ignorance and perversion. To the Egyptian initiates Typhon, the devourer of souls, signified the lower world which swallows up the spiritual nature of the individual who, being imperfect, is forced to descend from the higher spheres, and be reborn into the physical universe. To be swallowed by Typhon therefore signifies the process of rebirth, from which man can only release himself by vanquishing his mortal Adversary." Manly P. Hall, The Secret Teachings of All Ages