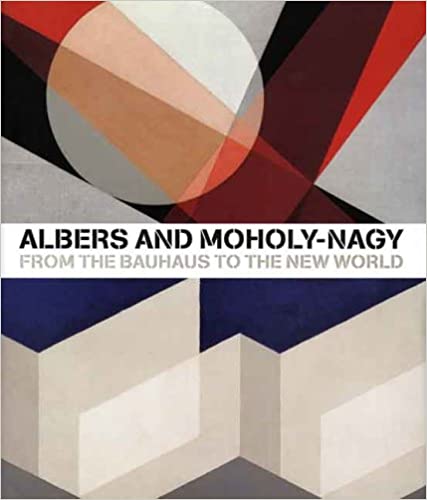 Albers and Moholy-Nagy: From the Bauhaus to the New World

This beautifully illustrated book highlights the contrasts and correspondences in the lives and work of two of Modernism’s greatest innovators, Josef Albers (1888–1976) and László Moholy-Nagy (1895–1947). Beginning in the 1930s, Albers and Moholy-Nagy each developed a rigorously abstract language that condensed art to its visual fundamentals: line, color, texture, light, and form. This language experienced a creative explosion during their Bauhaus years, when both artists moved freely between media and disciplines. Essays by leading scholars follow the artists’ separate paths through to their emigration to the United States, where each continued to push tirelessly the conventions of artistic practice—Albers at Black Mountain College in North Carolina and then at Yale University, and Moholy-Nagy in Chicago at the New Bauhaus School and the Institute of Design. As highly influential teachers, Albers and Moholy-Nagy became important catalysts for the transmission of Modernist ideas from Europe to America.

Spanning four decades and featuring works in a variety of media, including painting, collage, glass, moving sculpture, photography, film, furniture, and graphic design, Albers and Moholy-Nagy reveals for the first time the range of achievement of these two important figures and is essential to our understanding of the evolution of Modernism.