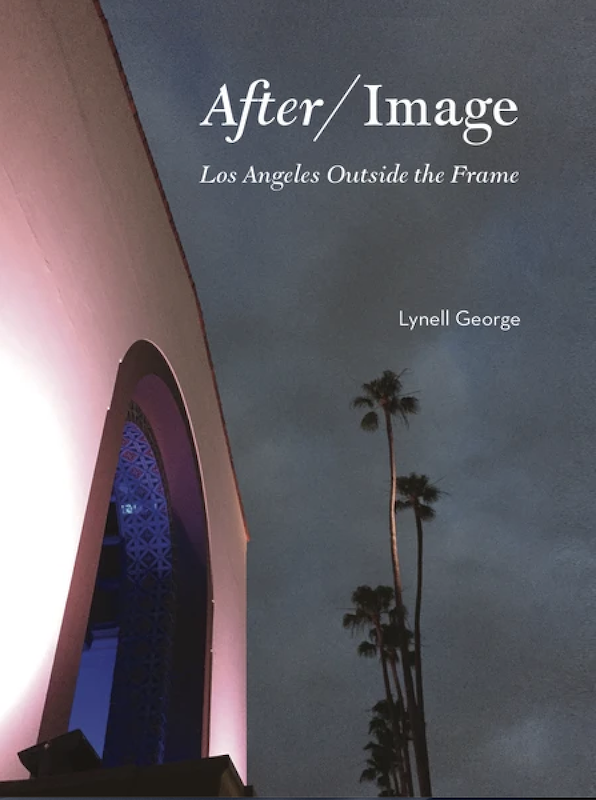 After/Image: Los Angeles Outside the Frame

Los Angeles lives largest in the world’s imagination. It can be a projection, a solution, a temporary fix, a long-term goal. For Lynell George―and millions of others―it’s simply home.

After/Image: Los Angeles Outside the Frame by Lynell George is the result of this award-winning journalist’s years of contemplating and writing about the arts, culture, and social issues of Los Angeles, always with an emphasis on place and the identity of the people who live in―or leave―L.A. As a staff writer for the Los Angeles Times and LA Weekly, Lynell George explored place after place that makes the city tick, met person after person, and encountered the cumulative heart of the city.

After/Image is her collection of essays, evocative photographs, profiles, and reportage focused on Los Angeles beneath-the-surface―both the past and the here-and-now. In its pages, Lynell George explores a set of questions about her native city: After decades of wholesale rethinking, what distinguishing features of the city remain deeply rooted? What rituals, details, passed-on lifestyles persist outside the edges of the frame―beyond the projected idea of Los Angeles? What are the lasting memories, the essential “afterimages” upon which we reflect? What do its people carry around in their own imagination and their hearts? How does the rest of the country look at L.A.―and why?

Lynell George’s contemplations about Los Angeles are deeply in sync with the Angel City Press mantra: no one book can capture the scope of the city―a place with many stories to tell. And yet, with After/Image: Los Angeles Outside the Frame, Lynell George proves every mantra can be re-examined.

Lynell George is a journalist and essayist. After/Image: Los Angeles Outside the Frame is her first book of essays and photography, exploring the city where she grew up. She is also the author of No Crystal Stair: African Americans in the City of Angels, a collection of features and essays drawn from her reportage. As a staff writer for both the Los Angeles Times and L.A. Weekly, she focused on social issues, human behavior, and identity politics, as well as visual arts, music, and literature. She taught journalism at Loyola Marymount University in Los Angeles, in 2013 was named a USC Annenberg/Getty Arts Journalism Fellow, and in 2017 received the Huntington Library’s Alan Jutzi Fellowship for her studies of California writer Octavia E. Butler. Her writings have appeared in several essay collections. A contributing arts-and-culture columnist for KCET|Artbound, her commentary has also been featured in numerous news and feature outlets including Boom: A Journal of California, Smithsonian, Zócalo Public Square, Los Angeles Review of Books, Vibe, Chicago Tribune, Washington Post, Essence, Black Clock, and Ms. Her liner notes for Otis Redding's Live At The Whisky A Go Go: The Complete Recordings won a 2017 GRAMMY.