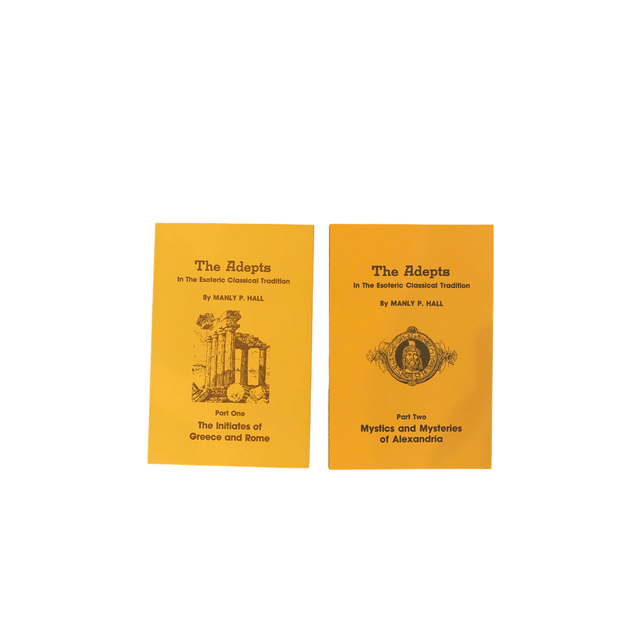 This bundle includes the following titles:

The Initiates of Greece and Rome: The Adepts in the Esoteric Classical Tradition, Part 1

This illustrated work on classical paganism explores the “lost” period of mystical tradition, between the fall of the Roman Empire and the Renaissance, in the search for a better understanding of Man’s place in the Divine Plan.--

p. 7 -- “One of the teachings of the initiate tradition in Greece related to the mystery of time.

The temple did not divide duration into past, present, and future. Divine and universal laws manifest themselves in an eternal now. Enlightenment belongs to no generation, nor does it increase or diminish. It is always and everywhere. Those who deserve it receive it and, if institutions fade away, the individual remains leader of his own destiny.”

Mystics and Mysteries of Alexandria: Adepts in the Esoteric Classical Tradition, Part 2