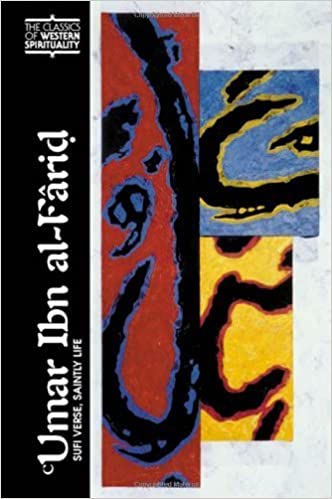 *on sale, some dust markson outside cover

Umar Ibn al-Farid (b. 576 [hijri date]/1181 CE; d. 632 [hijri date]/1235 is the most venerated mystical poet in Arabic. An accomplished Sufi as well as a respected poet, his poetry blends the two traditions-classical Arabic poetry and Islamic mysticism-in a body of work with a distinctly devotional and mystical character. In a major contribution to the critically acclaimed and long lived Classics of Western Spirituality(TM), editor Th. Emil Homerin makes available here two of Ibn al-Farid's poems that have long been considered classics of Islamic mystical literature. The Wine Ode, a poem in praise of wine as well as a love poem, can also be seen as an extended meditation on the presence of divine love in the universe. The Poem of the Sufi Way, one of the longest poems ever composed in Arabic, and the most famous one rhyming in "T," begins as a love poem and then explores a number of crucial concerns confronting the seeker on the Sufi path. Both works have been treated for centuries in numerous mystical commentaries. Noteworthy as well in this volume is the addition of the Adorned Proem, a reverential account of Ibn al-Farid's life by his grandson. Individuals interested in the fields of mysticism and spirituality, as well as lovers of poetry, particularly love poetry, will find this to be fascinating reading. It will have great relevance, of course, for scholars and students of Arabic literature, Islam and mysticism.