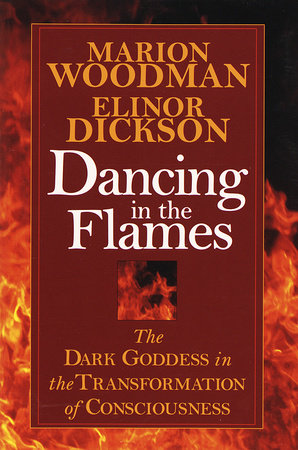 Dark, earthy, and immensely powerful, the Black Goddess has been a key force in world history, manifesting in images as diverse as the Indian goddess Kali and the Black Madonnas of medieval Europe. She embodies the energy of chaos and creativity, creation and destruction, death and rebirth. Images of Her, however, have been conspicuously missing in the Western world for centuries—until now, when awareness of the Goddess is re-arising in many spheres, from the women’s movement to traditional religion, from the new discoveries of quantum physics to the dreams of ordinary men and women. Why now particularly? The answer provided by Marion Woodman and Elinor Dickson is bold and thrilling: the reemergence of the Divine Feminine in our time indicates our readiness to move to an entirely new level of consciousness. The reemerging Goddess calls for a shattering of rigid categories, a willingness to hold opposition. She calls us to marry reason and order to creativity, and to embrace the chaos that can ultimately lead to wisdom and transformation on personal and global levels.