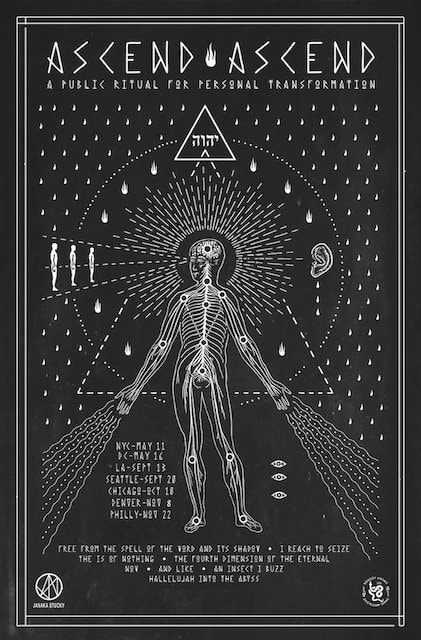 These posters were created in collaboration with iconic artists Daniel Martin Diaz exclusively for the 7-city Ascend Ascend tour of ritual performances, sponsored by Atlas Obscura. Only 185 prints were made.