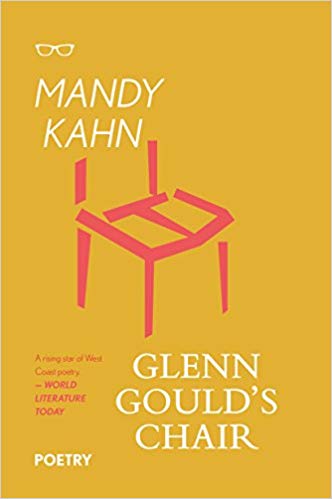 In Mandy Kahn's wonderfully inventive and gloriously lyrical second collection, Béla Bartók treks into remote villages to record folk songs on the world's first phonograph, a dying Gustav Mahler is greeted in heaven by Mozart, Igor Stravinsky receives a letter from a music student who wonders what rules are left to break, and Glenn Gould's chair defends its owner against claims of eccentricity. Kahn—who also works as an opera librettist—explores the challenges and exaltations of the creative life in brilliant, accessible poems that explode with curiosity, incisiveness, and awe—and that build into a lush celebration of music and making.

Mandy Kahn is the 2019-2020 PRS Artist-in-Residence and isauthor of two collections of poems. Her poetry is included in The Best American Poetry 2018 and was featured in former U.S. Poet Laureate Ted Kooser’s newspaper column American Life in Poetry, and she’s been interviewed by BBC Radio and read at Cambridge University. She frequently collaborates with composers to create new works that combine verse and classical music; she’s made several pieces with Pulitzer Prize-winning composer Ellen Reid and was a librettist for Yuval Sharon’s acclaimed opera Hopscotch.