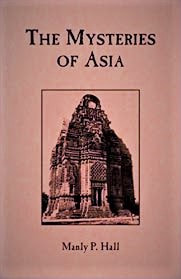 Originally published in Overland Monthly (1929), during the first decade of Manly Hall’s writing and teaching career; it was later reprinted in the 1958 omnibus edition “Collected Writings, Vol.1 – Early Works.” Based largely upon his travels around the world in 1923-1924, this essay is a “travelogue” of curious and esoteric practices of mysterious Asia, including: Holy Men in India; the Gobi Desert; Sorcery of Tibet; Burma’s Shwe Dagon Pagoda; Jaipur’s Astronomical Observatory; the Parsee Towers of Silence in Bombay; and the magic of Far Eastern conjurors and magicians.